Hart in Hampshire is crowned UK's best place to live 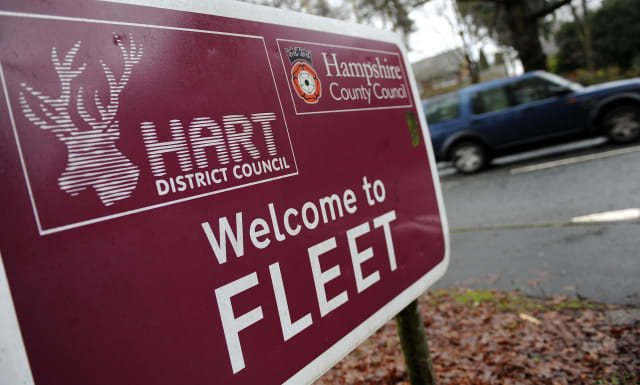 Hart in North East Hampshire has been crowned the UK's best place to live in an annual quality of life survey.

The Orkney Islands in Scotland took second place, followed by Rutland in the East Midlands, Wychavon in Worcestershire - and last year's winner Winchester in fifth place.

Hart, which contains the town of Fleet, has come out on top five times in the past six years in the Halifax Quality of Life Survey, which took into account factors such as residents' health and life expectancy, wellbeing, earnings, employment, crime rates and weather.

But living in an area with such a good quality of life comes at a price, with the average house price in Hart, at £419,231 standing at 8.8 times the average annual pre-tax local income.

More than nine in 10 (97%) residents there report good or fairly good health and it has the longest average female life expectancy in the UK of 86.7 years, and the third longest for males (82.5 years), the report found.

Hart residents enjoy 32.5 hours per week of sunshine, against the national average of 29.7 hours.

"Along with Hart, many areas in southern England score strongly in categories including the labour markets and health.

"Northern areas tend to perform well on education and benefit from more affordable properties with lower house prices to earnings."

Here are the top 50 places with the best quality of life in the UK in 2017, as ranked by Halifax:

And here are the areas with the best quality of life regionally, according to Halifax: