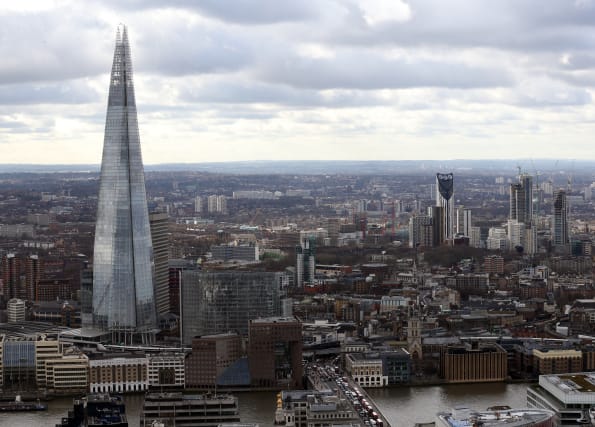 Britain has retained its crown as the world's leading financial centre in 2017, but a leading City lobby group says the UK's position should not be taken for granted in light of emerging Brexit risks.

A new report by TheCityUK says that Britain topped the charts with a total financial trade surplus of 77 billion US dollars (£69 billion) last year, which was more than its next closest rivals - the US and Switzerland - combined, at 41 billion dollars (£30.6 billion) and 22 billion dollars (£16 billion), respectively.

The UK has also continued to dominate in foreign exchange trading, accounting for 37% of global market share, and stands as the number one location for cross-border bank lending accounting for 16% of the international value, the report explained.

International insurance premium income was also at the top end, with the UK at around 6%.

But Brexit could put Britain's position in jeopardy.

Anjalika Bardalai, chief economist and head of research at TheCityUK, said: "The UK's place in the global financial system is unparalleled. London's only real rival as a full-spectrum, truly global centre is New York.

"However, we cannot take this position for granted.

"Brexit is likely to create some economic friction with our largest trading partner - the EU - and with an increasing number of regional and specialist centres arising in Asia and elsewhere - it is vital that the UK seek new trading and investment opportunities."

The report comes as the Government works to enter into the next phase of Brexit talks which are set to cover a potential transition period and future trade deal with the EU - just as a number of businesses get ready to push the buttons on Brexit contingency plans.

It has pushed bodies like the influential Treasury Select Committee to call for a simple transition deal proposal that could be negotiated in a matter of weeks.

Without a mutual recognition deal that replaces the EU's passporting rights - which give financial services cross-border access across the bloc - or a raft of international deals to counter a 'no-deal' scenario, there are fears that one of Britain's largest industries could diminish.

Currently, the UK hosts the largest pot of banking assets in Europe at eight trillion US dollars (£5.9 trillion), as well as a record 11 trillion dollars (£8.1 trillion) in assets under management.