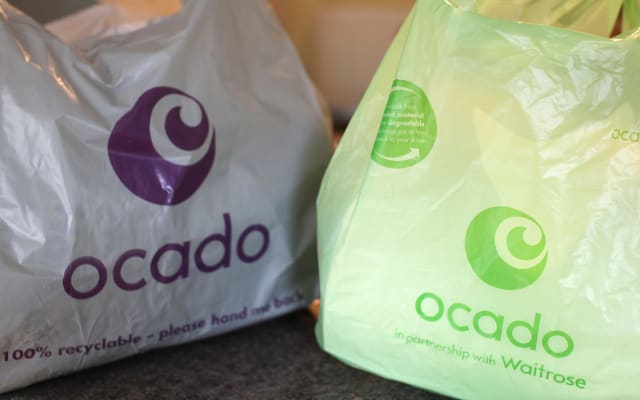 Grocer Ocado has revealed a hit to sales growth after a shortage of drivers caused by surging demand amid the boom in online shopping.

The group said sales growth slowed in its fourth quarter after it was left struggling to recruit delivery drivers in London and the South East.

It said growth in average orders slowed to 11.1% due to the driver shortage, with 280,000 deliveries a week in the quarter.

Online grocer Ocado was forced to increase pay to help recruit more drivers, but said it was now back up to a full workforce to meet the Christmas orders demand.

Ocado boss Tim Steiner said: "A shortage of capacity, with the lack of drivers in certain locations being the largest factor, restricted our sales growth.

"While this driver shortage has now been largely resolved, there was some short-term impact on average orders per week over the period."

It comes as the surge in online shopping across the supermarket and retail sector is causing soaring demand for drivers.

Recruitment agency Manpower warned earlier this week that a shortage of drivers was forcing some companies to pay £20 an hour as well as bonuses of £100 per shift.

Ocado's chief financial officer Duncan Tatton-Brown told the Press Association the group had to cut back on available delivery slots for a few weeks while it addressed the driver shortage, which impacted sales growth.

He said: "For us it was the sheer demand for drivers.

"The labour market in certain locations is very tight and there's good levels of employment," he added.

The group reported retail revenues of £373.8 million for its fourth quarter, while it said rising inflation saw the average order size remain largely stable at £106.11 - a rise of 0.3%.

It is hoping for another record Christmas and added its new distribution centre in Andover is helping it meet demand, with a 50% increase in orders per week at the site since the end of August.

The group is also working on its fourth and biggest centre in Erith, Dartford, which is set to open next year and will be able to handle an extra 200,000 orders a week.

George Salmon, equity analyst at Hargreaves Lansdown, said the driver shortage was only a "minor recent disruption" for Ocado.

He added the City was now hopeful for news of more overseas deals.

"Hopefully Mr Steiner can pull more rabbits from the hat in the coming months," he said.

FTSE 250-listed Ocado started out delivering food from upmarket grocer Waitrose, but has since struck a deal with supermarket chain Morrisons.