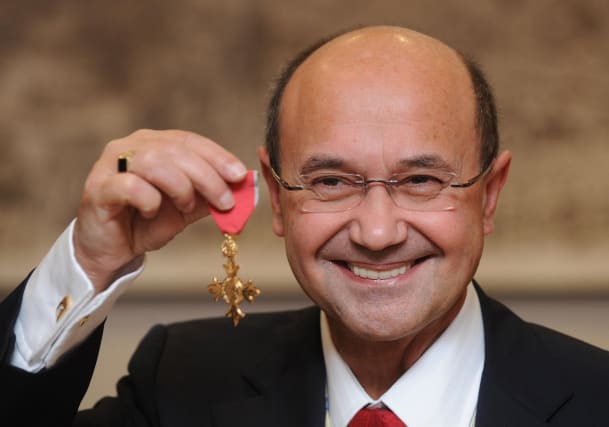 The Italian-born hairdresser established the first of the famous salons in Clapham, south London, in 1963 with brother Gaetano, known as Guy.

The company went on to achieve global success and Mr Mascolo credited it with influencing scores of celebrity trends.

Mr Mascolo, who was chief executive of Toni & Guy, died on Sunday surrounded by his family.

The company said in a statement: "It is with deep sorrow that the family announce the passing of founder, leader, husband, and father, Giuseppe Toni Mascolo."

It added: "Toni Mascolo was highly respected within the hairdressing community, he was known as approachable and someone who made time for everyone.

"It is no surprise that he built up a lengthy list of achievements, which transcended the industry to include business, entrepreneurship and charity."

Mr Mascolo was born in Naples in Italy in 1942. His father, a celebrated hairdresser, taught him and his four brothers to cut hair from a young age.

Despite an interest in a career in law, he began working in London salons, firstly as an assistant to his father.

When his younger brother Guy was given the opportunity to take over the Clapham salon where he worked, Mr Mascolo left his job and the pair opened the first Toni & Guy branch.

Composer Andrew Lloyd Webber and singer Dusty Springfield were among the famous faces who frequented the salon in the 60s.

The company has since grown to comprise two global, franchised hair salon groups, with 475 Toni & Guy shops across 48 countries.

Asked by The Guardian in 2008 if he had ever set a trend, such as Victoria Beckham's famed bob, Mr Mascolo replied: "Well, I would honestly say we invented all of the trends. We've done more
books, more DVDs, more techniques than anyone else.

"I mean, my dad was doing texturising in the 50s. We also brought in new technology - Japanese samurai scissors, we called them, much sharper than anything people had been using before. They
allowed you to be much more creative with hair.

"Of course, it always takes a while for haircuts to filter down to the high street, sometimes as long as two or three years. So we can't prove anything."

Mr Mascolo was awarded an OBE for services to hairdressing in 2008.

He is survived by wife Pauline, brothers Bruno and Anthony, children Sacha, Christian and Pierre, and many grandchildren.