'Cinderella system' of enforcement ahead of Grenfell Tower blaze 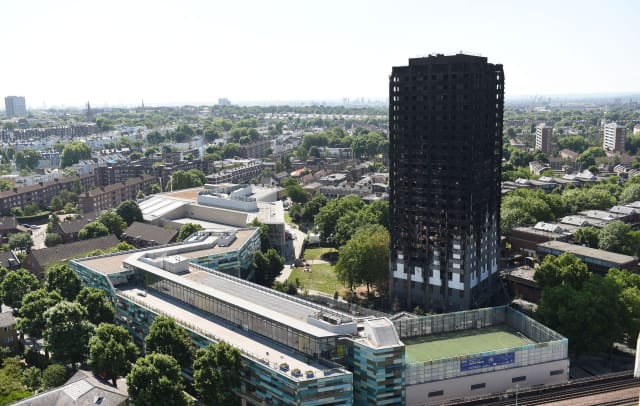 Cinderella enforcement of the fire safety rules is among a series of failures identified around the Grenfell Tower disaster by a former government minister.

Tory peer Baroness Neville-Rolfe was also strongly critical of the decision not to require the retrofitting of sprinklers to older blocks, while demanding it in new developments.

The former Tesco executive said neglected or Cinderella enforcement had been a factor in many of the regulatory scandals of her lifetime, including the contamination of Nestle baby milk, the BSE crisis and the foot-and-mouth outbreak.

Lady Neville-Rolfe was speaking at the start of the debate she had secured on regulation in the House of Lords, where she underlined the importance of enforcement, as well as the need for it to be balanced and easy to understand.

In her speech she highlighted the deadly blaze at Grenfell Tower in west London in June, which claimed the lives of 71 people and left hundreds homeless.

She told peers: "This was an appalling tragedy of a kind that should not occur. The facts are being carefully examined and there will be a forensic report.

"But I would highlight three apparent regulatory failures from which we might learn.

"The most serious to my mind was to bring in building regulations for tower blocks that exempted the refitting of old blocks from the requirement to install sprinklers, as required in new blocks.

"The second was to require cladding with a focus on energy saving to meet public sector climate change targets and not to think enough about fire safety.

"The third was to have a Cinderella system of enforcement of the fire safety rules rather than well trained professionals."

Stressing the need for good enforcement systems, she added: "Sadly local environmental health and trading standards are not given the priority that they should be."

Business, Energy and Industrial Strategy minister Lord Henley said the Government would need to reflect on the findings of the inquiries into the Grenfell Tower tragedy and he was unable to "pre-empt or second guess" their outcome.

"The Government is looking at this stage at regulation anew and considering what the better regulation framework should look like in this Parliament.

"Our regulatory reform agenda does not come at the cost of people's safety and nor would it ever," he told peers.

"Our aim is to deliver smart, proportionate and balanced regulation while ensuring essential protections are retained."