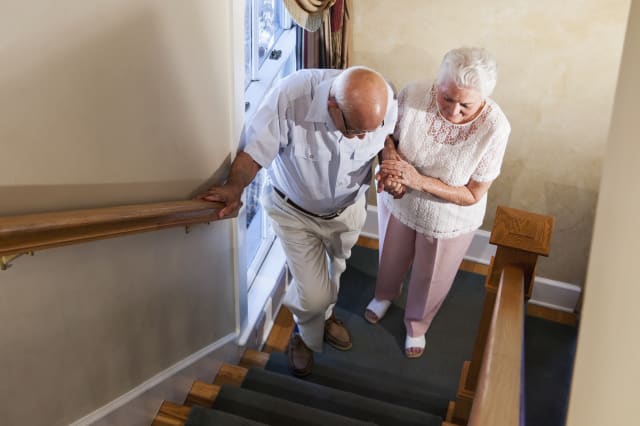 People in the UK who fail to make their own pension provision face a steep income drop when they retire compared with other OECD countries, a report has found.

Those entering the labour market in the UK and earning average amounts can expect to see their income from mandatory parts of the pension system such as a state pension to equate to around 29% of what they had been earning, compared with an OECD (Organisation for Economic Co-operation and Development) average of 63%.

The report said this expected "net replacement rate" of 29% for the UK "will be the lowest of any OECD country".

TUC general secretary Frances O'Grady said: "Working people in Britain face the biggest retirement cliff edge of any developed nation. We are letting down today's workers if we can't provide them with a decent retirement income."

The OECD said that like other countries, the UK is "ageing quickly" and the number of people aged 65 and over for every 100 people of working age will rise from about 30 today to 48 in 2050.

It said: "Already today, poverty among older people is high in the United Kingdom: among those aged 75 and over 18.5% have incomes below the poverty line, most of them women. The main reason is the low level of the state pension."

The new simplified state pension should improve matters, but there is a long transition period, the report said.

While those who are able to save, buy their own home and put money in private pensions may have relatively good incomes, retirees without these types of revenue "are left with few resources," it said.

The OECD's Pensions at a Glance 2017 report said: "The net replacement rate from mandatory pension schemes for full-career average-wage earners entering the labour market today is equal to 63% on average in OECD countries, ranging from 29% in the United Kingdom to 102% in Turkey."

The report also suggested the pension freedoms and the rigidity of the state pension, which cannot be accessed until people reach a certain age, could increase inequality in the UK.

It said recent changes enabling older people to withdraw chunks of cash from their retirement pots could lead to further inequality "as not all will be able to finance retiring earlier".

The OECD also warned that some people using the pension freedoms may be inclined to spend their lump sums early or underestimate their life expectancy, leaving them with limited resources at a very old age.

In July, it was announced that the the state pension age in the UK will rise from 67 to 68 between 2037 and 2039, seven years earlier than previously planned.

The OECD promotes policies aiming to improve the economic and social wellbeing of people globally.

It also said obesity, which can lead to health problems, is "very common among older people" in the UK.

It said that in England, more than 20% of over-80s are obese, compared with less than 10% in countries such as Austria, Denmark and Italy.

The report also said that looking at OECD countries in general, further reforms are needed to mitigate the impact of population ageing, increasing inequality among the elderly and the changing nature of work.

Commenting on the report, Tom Selby, a senior analyst at AJ Bell, said: "The flexibility of the pension freedoms has clearly made retirement saving more attractive - a huge positive of the reforms - but equally there is a danger people will withdraw too much too soon and end up falling back on the state."