Bitcoin's 20% plunge is 'reminiscent' of a speculative bubble, analysts say 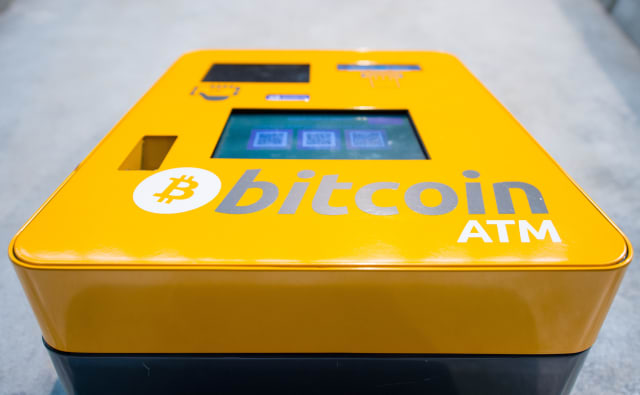 The price of Bitcoin tumbled more than 20% on Thursday after pushing past $11,000 just a day earlier, fulfilling fears of extreme volatility surrounding cryptocurrency investments.

Bitcoin was trading near $11,800 (£8,736) on Wednesday, according to prices on cryptocurrency exchange CEX, but suffered a sharp drop before settling closer to $9,400 (£6,960) by the early afternoon on Thursday.

While the drop has been blamed on exchanges failing to keep up to surging investor demand, XTB's chief market analyst David Cheetham said it was a "timely reminder" about how price moves were "increasingly reminiscent of a speculative bubble".

"Given a year to date rally in excess of 1,000% to Wednesday's high, some sort of decline should not come as too much of a surprise, especially when you consider that there have already been three 25%+ drops this year," he said.

But the difference was that the drop came within "just a matter of hours" and followed the announcement that Nasdaq was looking at offering Bitcoin futures in early 2018, Mr Cheetham added.

Bitcoin advocates say the introduction of options like futures on major exchanges will help legitimise its use and lower volatility levels, but Mr Cheetham says the effects would not eliminate the risk of Bitcoin hitting daily price limits.

"They remain extremely volatile compared to other products offered by these exchanges and to illustrate this point, should the CME implement the same price limits that they do for S&P 500 futures then yesterday's session would have seen the market go both limit-up and limit-down."

Major players in financial services have hit out at the cryptocurrency in recent months.

JP Morgan boss Jamie Dimon has called Bitcoin "a fraud", adding that he would fire employees found to be trading the digital currency for being "stupid".

But others including the head of the International Monetary Fund (IMF), Christine Lagarde, have admitted that cryptocurrencies could be a useful tool, with virtual currencies potentially "easier and safer" to hold than paper bills in remote regions, or countries with unstable national currencies.

A number of countries have taken a more cautious approach, with both South Korea and China recently banning the use of initial coin offerings (ICOs), a digital fundraising tool which sees investors exchange cryptocurrency for "tokens" representing a holding or voucher for a firm.