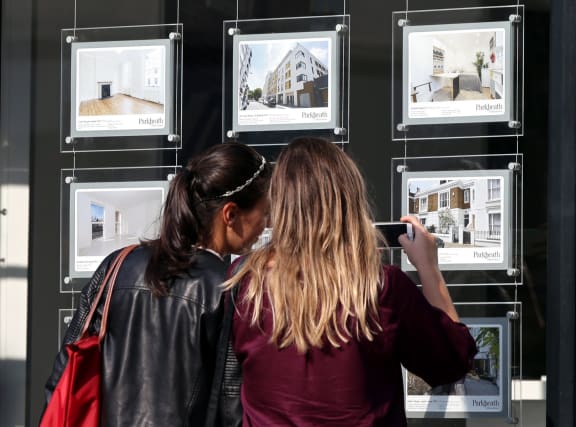 Three-fifths of Britons would be willing to buy a house with other members of their family and live in a multi-generational home, a survey has found.

Some 60% of people would consider living with multiple generations of their family under the same roof - and one in six (15%) of these said they would love to do so, Sarah Beeny's estate agent Tepilo.com found.

With rising property values meaning the younger generation have found themselves priced out of some popular areas, childcare costs being a heavy burden for some families, and an ageing population, multi-generational living could be a solution for some.

But a lack of privacy is the biggest concern when thinking about multi-generational living, followed by differences in opinion over running the house and other people's clutter, the research found.

Some people also said they would be put off by other family members knowing what they are up to, arguments over chores and disagreements over what to watch on TV.

Of those who would consider living with multiple generations of their family in the same home, 12% would do so if it meant they could buy and live in their dream home - and a further 10% would only want to live with their side of the family as opposed to their in-laws.

When asked what would make living in a multi-generational living bearable, separate living spaces came out on top, followed by separate bathrooms, separate kitchens, soundproof walls and a big garden.

All of these factors were seen as generally more important than being able to fork out less for a mortgage or rent, the survey of 2,000 people aged 18 to 65 found.

Beeny said: "Families tend not to live as close to one another as they did in the past and I think many people are beginning to realise it's not benefiting them or society.

"I think certain people are starting to turn off from the fast-paced, technology-led way of life that's become the norm, and wish they could return to more traditional values."

She suggested that more people may choose to live with multiple generations of their families permanently - albeit it in larger, more fit-for-purpose properties than previous generations.

Beeny continued: "It makes sense. There's lots of research out there to suggest close family ties are key to well-being, and, combined with rising childcare costs, huge retirement care bills and high house prices, it means people can benefit both emotionally and financially.

"I think it's a trend that will continue to gather momentum, and maybe one day it will become the 'norm' again."