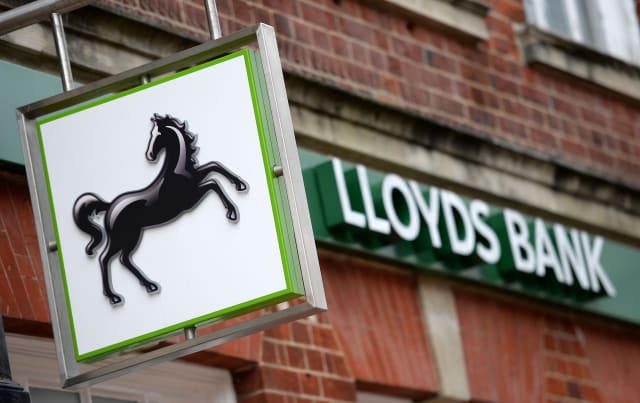 Lloyds Banking Group is to close 49 branches and axe almost 100 jobs in a move that unions have branded as "unnecessary".

Branches under the Halifax, Bank of Scotland and Lloyds brands will be affected, resulting in 99 job losses.

The lender said the group was embarking on the closure programme partly in response to changing customer behaviour and the declining number of transactions being made in branches.

A Lloyds spokesman said: "Customers are increasingly choosing to use digital and mobile channels for their everyday banking needs.

"As a consequence, the number of customers visiting some of our branches has declined in recent years.

"In response to this, we have confirmed the locations of some branches which will close next year across Lloyds Bank, Halifax and Bank of Scotland."

Lloyds insisted that branches remain a "key part of the service" it offers.

Earlier this year, the lender said it would shut down 100 branches as it swung the axe on 200 jobs.

But union Unite reacted with fury, saying the move undermined growth and would leave more communities without access to "valued local banking".

"Local communities are making it clear that the closure of their local branch excludes customers who cannot use digital means to conduct their financial transactions.

"Having returned to profitability Lloyds needs to stop ignoring its corporate social responsibilities."

The bank unveiled a hefty rise in third-quarter profits last month as the once state-backed lender hailed a "strong financial performance".

The company saw pre-tax profits more than double to £1.95 billion as chief executive Antonio Horta-Osorio's turnaround of the lender continues.

The results built on a strong run of form for Lloyds, which was fully returned to private hands in May, nearly nine years after the Government bailed it out at the height of the financial crisis.

At the peak, Lloyds was 43% owned by the state following its bailout during the banking crisis, after taxpayers were forced to inject £20.3 billion into rescuing the bank.

The group has also been dogged by PPI claims, having paid out over £18 billion to date to affected customers.