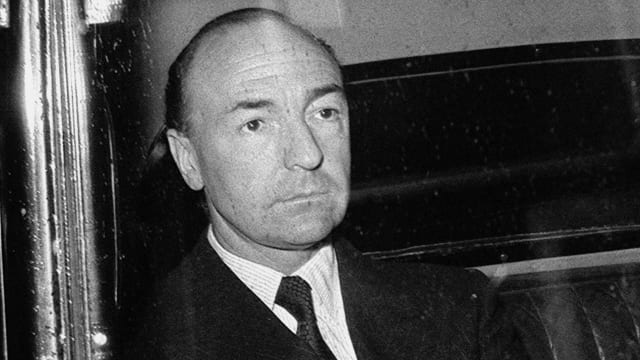 John Profumo, the Tory minister forced to quit after a notorious 1960s sex scandal, also had a long-running relationship with a glamorous Nazi spy who may have later tried to blackmail him, newly-declassified records suggest.

Fashion model Gisela Winegard met Profumo at Oxford in the early 1930s before working for German intelligence in Paris during the Second World War, according to MI5 files published on Tuesday.

The Security Service papers also include claims made by her American husband Edward Winegard in 1950 that the couple separated in September that year because of her "endearing letters from John Dennis Profumo ... written on House of Commons notepaper".

At the height of the Profumo Affair in 1963, MI6 sent a letter and files to MI5 investigations head Arthur Martin about Profumo and Winegard, whose maiden name was Klein, outlining her wartime and postwar exploits.

In it, MI6 officer Cyril Mackay wrote: "Although it is not particularly relevant to the current notorious case, Geoffrey thought you might like to have for your files the attached copy of a report from our representative (redacted), dated 2nd October 1950, which makes mention of an association between Gisela Klein and Profumo which began ca 1933 and had apparently not ceased at the time of this report."

The 1963 letter goes on to discuss a rejected 1951 application by Mrs Winegard, now reunited with her husband, for a UK visa.

At the time of the application, the later MI6 letter reveals, authorities believed the Winegards had "recently engaged in blackmail activities and now think it possible their intended visit to the UK may be connected with this".

The papers do not say who the intended target of their blackmail efforts might be.

The visa application, for a six-week "pleasure visit", listed "Jack Profumo, MP for South Cattering(sic)" as a reference, the files show.

:: Had been ordered to leave the UK in 1935 and 1936 for working as a fashion model while on non-working visas.

:: Was reported as being "on intimate terms with the German Military Attache in Paris" in 1938, leading the Home Office to recommend she be barred from entering Britain.

:: Ran a secret wartime information service for the Nazis in Paris, under the cover of a "commercial information bureau" which also saw her visit Italy and Greece.

:: Was the mistress of, and had a child with, a high-ranking German officer.

:: Was imprisoned for espionage after the Allies liberated Paris in late 1944. Edward Winegard was her US Army jailer and married her after getting her released.

:: Came to the attention of the US Secret Service post-war and accused of harbouring the on-the-run chief of a German spy ring while living in the south of France.

:: Was sacked by the Voice of America radio station in Tangier in early 1950 when her "pro-German sympathies" and imprisonment were revealed.

Profumo himself told MI5 about Winegard, the archives reveal.

His political downfall came in 1963 when, while Secretary of State for War, he was implicated in the scandal that came to bear his name.

The lurid disclosures of high-society sex parties and claims he had shared a mistress, Christine Keeler, with a Soviet defence attache enthralled and scandalised the nation.

He quit politics and devoted himself to charity work, going on to receive the CBE before dying aged 91 in 2006.