Show us the ring! Royal engagements in pictures 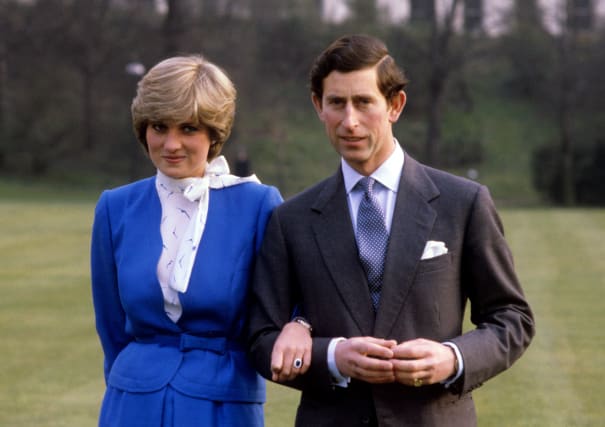 The Prince of Wales has announced Prince Harry and Meghan Markle's engagement. While we wait for a first glimpse them as a bethrothed couple, here's a look back at other royal engagements.

The Queen's engagement to Lieutenant Philip Mountbatten was delayed until her 21st birthday in 1947.

Princess Anne and Mark Phillips met at the Munich Olympics in 1972. Their engagement was announced the following year.

Prince Andrew proposed to Sarah Ferguson on 19 February 1986, his 26th birthday. Her Burma ruby and diamond ring from Garrard was designed by Andrew.

The Queen's youngest son Prince Edward met Sophie Rhys-Jones at a tennis event and they became engaged in 1999. The ring from Asprey and Garrard was a two-carat oval diamond flanked by two heart-shaped gemstones.

Princess Margaret's announcement of her engagement to photographer Antony Armstrong-Jones, on 26 February 1960, took the world by surprise after keeping their romance under wraps.