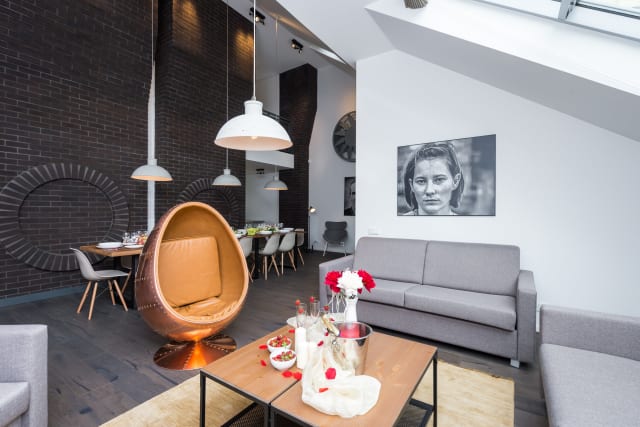 Airbnb challenger Altovita could launch in London within the next 12 months after getting a stamp of approval for its vetted-rental model in Eastern Europe.

The short-term holiday rental site launched in July but has grown to around 200 listings across Prague, Budapest, Vienna and Warsaw, having set itself apart by only listing properties that have been personally vetted and given quality ratings by its staff.

Co-founder Alison Ip said there are another "100 or so" listings in the pipeline, and with Marbella and Lisbon in the works she hopes that number will climb to 500 by the first quarter of 2018.

"We are growing quickly but I think we caution to say that we don't want to grow so quickly as to compromise our policy ... so I think it's more of a measured expansion."

But in a move that will mark Altovita's first foray into western Europe, Ms Ip says London - where the company has its headquarters - is "in our expansion plans".

"We'll consider coming to London as a city, potentially in the next six to 12 months."

It will bring another rival in the short-term rental industry, which has been largely dominated by the likes of Airbnb, but Ms Ip - a former UBS investment bank director - says Altovita is trying to make up for a lack of quality assurance.

"The sharing economy is becoming increasingly popular and yet there is no standard of quality for this sector - unlike in the hotel sector, which is very well defined in a five-star rating system that applies across the world and has done so for decades," she said.

"Some of the poorer properties have fallen through the cracks and effectively frustrated a lot of the customers who effectively loved this model."

Hosts are then given an "Alto" rating of 1-3, reflecting quality of amenities, location and host, with extra points given for thoughtful interior design and extra services such as breakfast delivery.

While short-term rental sites are also plagued by horror stories of misbehaving guests who have held raging parties or left homes in disrepair, Ms Ip said the company "cannot screen everybody" but targets marketing on families, couples and friend groups.

"If it's becoming clear that it's a party of 10 boys who are going to Prague for a stag-do then we have to caution the hosts whether they wish to accept that kind of dynamic."

Altovita is also keeping an eye on regulatory crackdowns and local backlash over the impact that short-term rentals have had on home prices and housing crunches in major cities such as London, Paris, Vancouver and New York.

The chief executive explained that Altovita is "sensitive" to its impact on local markets, but did not say whether it could derail expansion to the likes of Paris or London.

"All I can say is that will be a factor in our decision-making."

Sights are now set on an initial funding round in the next 12 months, though a target amount has yet to be decided.

"Anyone who can bring us local contacts or industry know-how will be at the top of our lists," Ms Ip said.