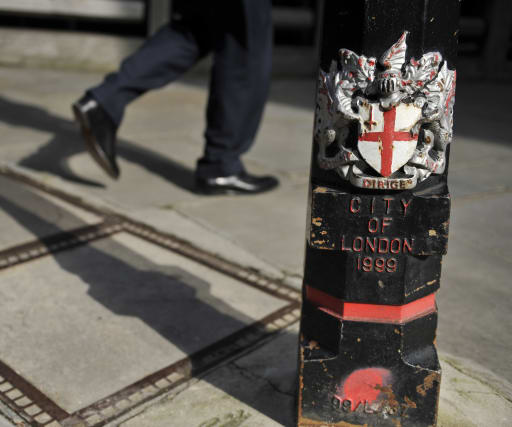 The industry shelled out a total of £72.1 billion in tax contributions in the year to March 31, marking a 1% increase from a year earlier and resulting in the highest amount that the sector is recorded to have paid in the 10 years that data has been collected.

The report, drafted by consultancy PwC and commissioned by the City of London Corporation, showed that the sector's contributions currently account for 11% of all Government tax receipts, with employment taxes making up the bulk at £31.4 billion.

It raises fears that the loss of bankers and other financial services workers to rival financial hubs such as Frankfurt and Paris after Brexit will ultimately impact public finances.

Catherine McGuinness, policy chairman at the City of London Corporation, said that the amount of tax paid by the sector over just one year could make up for half of the annual NHS budget or "the lion's share" of the UK education budget.

She said: "With Brexit edging ever closer, it is more important than ever to underline just how important the financial services sector is to the rest of the economy."

She added: "While it's too early to gauge how the country's tax-take might suffer if firms chose to move business away from the UK, these findings highlight how vital it is to meet the urgent needs of the sector as part of negotiations."

Alongside employment tax, financial services also paid out more in corporation tax, with the bill rising from £8.4 billion to £11.6 billion, while VAT accounted for 14% of its total contributions, leaving taxes like stamp duty and business rates to make up the remaining sum.

The research comes as a raft of international banks, insurers and asset managers prepare to shift portions of their UK operations to the continent ahead of Brexit in hopes of safeguarding against the loss of passporting rights which currently give UK-based financial services cross-border access to the bloc.

Heavy-hitting US banks including JPMorgan and Goldman Sachs are planning to spread staff across a number of European cities including Frankfurt, while Barclays, Legal & General and Bank of America have revealed plans to base EU-focused operations in Dublin after Brexit.

HSBC is one of a handful of firms that are turning to Paris, though Luxembourg has gained commitments from the likes of US giant AIG, Northern Trust and insurers RSA and Hiscox.

"Since the UK voted to leave the EU, the financial services sector has been crystal clear: We need urgent clarification around a transitional deal, a new mutually beneficial trading relationship with the EU, and continued access to the brightest talent," Ms McGuinness said.

The report also showed that the loss of banking jobs would have a varying effect on regions across the UK, with Scotland and the South East accounting for 13.6% and 12.4% of the national financial services workforce, behind London at 32.7%.

The North West makes up around 9.4% while Yorkshire & Humber is the fourth largest sector employer with 7.5%.

Overall, the financial services account for 3% of the UK workforce.