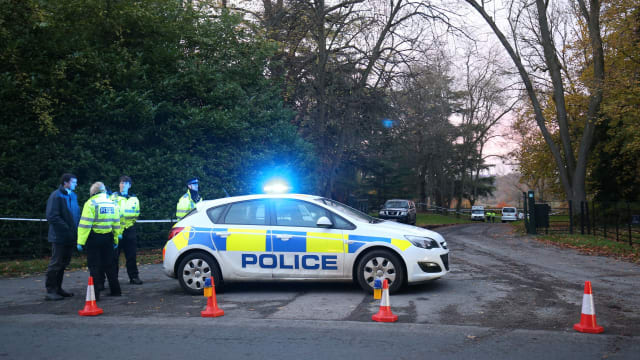 Four men who died in a mid-air collision between a helicopter and a light aircraft have been formally identified.

The victims, who died in the accident above Waddesdon, in Buckinghamshire, on Friday were named as Savaan Mundae, aged 18, Jaspal Bahra, 27, Thanh Nguyen, 32 and Michael Green, 74, by Thames Valley Police.

The force said the Air Accident Investigation Branch is still investigating the crash, which took place at around midday over woodland near the Waddesdon Estate, the former country seat of the Rothschild banking dynasty.

Both aircraft came from the Wycombe airstrip, also known as Booker Airfield, which is about 20 miles from the crash site.

The fatal collision took place just 15 minutes after the helicopter took off.

Vietnamese authorities said Mr Nguyen had been undertaking helicopter training in the UK with veteran instructor Mr Green when their aircraft was hit by a light plane.

The tail of the Cabri G2 helicopter was clipped by the descending two-seater Cessna 152 at a height of around 1,000ft, Vietnam's ministry of defence said in a statement.

The plane involved was built in 1982 and owned by Airways Aero Associations, which is based at the Wycombe Air Park.

Thames Valley Police said in a statement: "Our thoughts remain with the families of those involved in the accident. Our family liaison officers continue to offer support the victims' families."