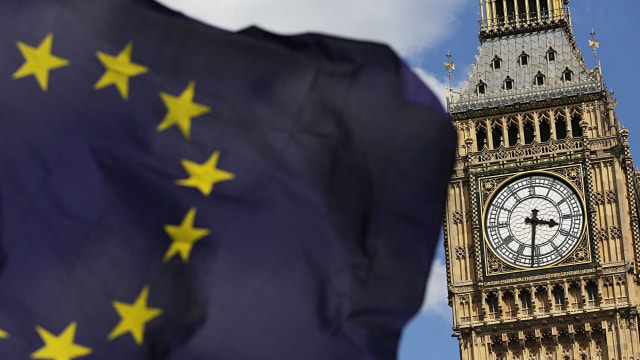 A Brexit war chest of at least £3 billion has been set aside to prepare the UK for the prospect of failing to secure a deal with Brussels.

Eurosceptics have put pressure on Chancellor Philip Hammond to commit money to preparations for a "no deal" scenario to show the European Union that the UK is serious about Theresa May's threat to walk away from talks if the offer from Brussels is unacceptable.

At his Budget, Mr Hammond said that Brussels should not "doubt our resolve" as he put money aside to ensure the country is "prepared for every possible outcome".

Extra investment is likely to be required in customs infrastructure and changing regulators as a result of leaving the EU, with a no deal scenario likely to require more spending than a situation where the UK maintains many of its current rules.

The Chancellor's actions were criticised by Liberal Democrat leader Sir Vince Cable, who said the money was "disappearing down a Brexit black hole".

In the Commons, Mr Hammond said securing progress on a trade deal would be "one of the biggest boosts we can provide to businesses and families".

But he added: "While we work to achieve this deep and special partnership, we are determined to ensure that the country is prepared for every possible outcome.

"We have already invested almost £700 million in Brexit preparations. And today I am setting aside over the next two years another £3 billion.

"And I stand ready to allocate further sums if and when needed. No one should doubt our resolve."

Sir Vince said: "It tells you everything you need to know about this Government's priorities that more funding has been found for Brexit than for our struggling NHS, schools and police.

"Money that could have been invested hiring thousands of teachers and police officers is instead going to pay for a Tory Hard Brexit.

"Meanwhile, the Government's strategy remains so vague that we still don't know what the final damage to our economy and living standards will be.

"This underlines why the British people must be able to choose at the end of this process whether to accept the final deal or stay in the EU."

Labour MP Chuka Umunna, a leading supporter of the pro-EU Open Britain campaign, said: "Three billion more of taxpayers' money will be spent preparing to leave, more than the emergency cash being given to our NHS.

"We were promised £350 million more a week for the National Health Service, but instead public money is being swallowed up by Brexit."

He added: "As the Brexit bad news mounts up, voters have every right to keep an open mind about whether leaving the EU is the best thing for our country."