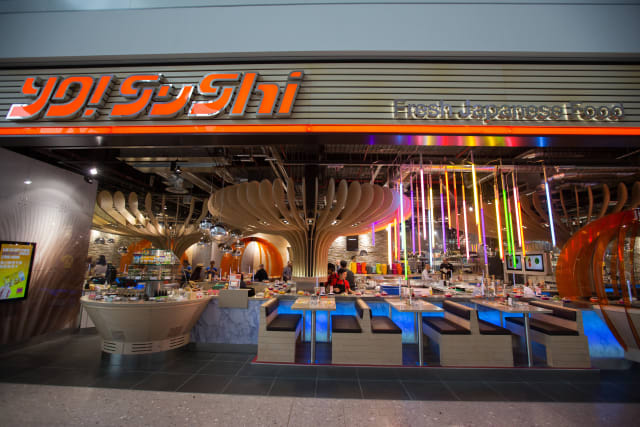 Yo! Sushi has launched an assault on the North American market by snapping up Canadian firm Bento Sushi in a 100 million Canadian dollar (£59.1 million) deal.

The takeover transforms the London-based restaurant group into one of the largest sushi brands outside of Japan, with the two firms recording combined sales of around £175 million in the past year.

Bento is the biggest sushi company in Canada and the second largest in North America, operating from 600 restaurants and supplying 1,700 sites.

The deal was driven by Mayfair Equity Partners, an investment firm which backed a management buyout of Yo! Sushi in 2015 leading to the return of chief executive Robin Rowland.

On the deal, Mr Rowland said: "We've successfully reinvigorated the business over the last two years to ensure the foundations are in place for long-term growth.

"This acquisition takes Yo! into the next stage of its development, and creates the first global multi-channel Japanese food purveyor.

"Bento's proposition and its management team's strong track record make it the ideal partner for Yo! as we look to further grow our brand."

Ontario-based Bento was founded by chairman Ken Valvur in 1996 and served up annual sales growth of 16% over the past three years.

As part of the deal, Mr Valvur and Bento chief executive Glenn Brown will join the Yo! Sushi board.

Mr Valvur said: "The combination of Yo! and Bento will further enhance our group's ability to be the partner of choice for grocery and institutional food service providers throughout our enlarged operating geography, and creates exciting opportunities for our valued team members on both sides of the Atlantic."

Yo! Sushi, which opened five more UK restaurants this year and has sales of around £80 million, saw like-for-like sales jump 5% over the past 18 months.

Daniel Sasaki, Mayfair managing partner, said: "Yo! has been an innovator since its founding, and the transaction with Bento is further evidence of its ability to evolve its model to become a multi-channel, multi-brand business with international scale.

"We look forward to supporting Yo! and Bento on this transformational next step as we build on the excellent momentum and progress made since our investment in 2015."