The iconic Georgia Dome in Atlanta was destroyed in 15 seconds on Monday morning.

The sports venue, which opened in 1992, imploded using nearly 5,000lbs of explosives. 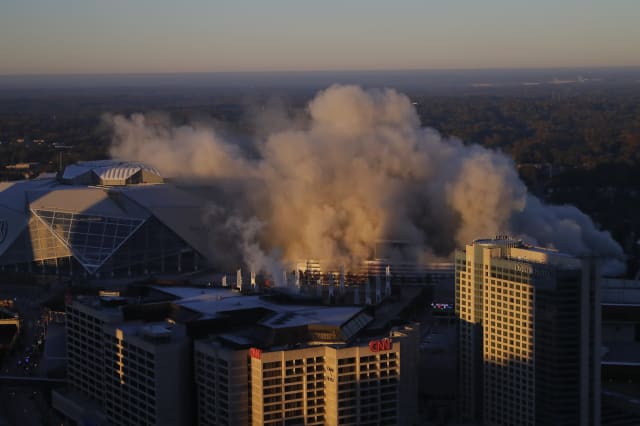 The venue, which had a total capacity of 80,000, hosted some of the 1996 Summer Olympics, as well as the Super Bowl and the Peach Bowl.

Over the years, the Dome had been ravaged by bad weather, including tornadoes and heavy rain.

The Dome's fate was sealed when plans were unveiled for the adjacent $1.6billion Mercedes-Benz Stadium, which was opened this summer.

Despite the implosion this morning, some parts of the building remain intact. The clean-up operation is expected to take three months.