European Medicines Agency to relocate from London to Amsterdam post-Brexit 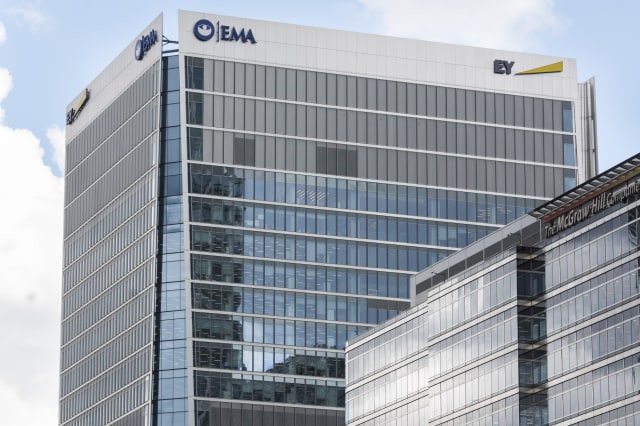 The European Medicines Agency (EMA) is to be relocated from London to Amsterdam after Brexit, it has been announced.

Alongside the European Banking Agency, the EMA is one of two key EU regulators which are to move away from London's Canary Wharf, where they currently employ around 1,000 staff.

Ministers from the 27 other EU members voted at a meeting in Brussels on which cities should become the agencies' new homes.

The chief executive of the Association of the British Pharmaceutical Industry (ABPI), Mike Thompson, said: "Congratulations to Amsterdam on their successful bid.

"Hosting the EMA is a singular honour for any city and we will do all we can to support the agency's smooth transition to its new home."

Mr Thompson added: "Today's decision marks the moment when attention should switch to how patient safety and effective public health can be maintained during this complex transition and into the future.

"We now urge both the UK and the EU to put patients first and acknowledge that securing a comprehensive agreement to co-operate on medicines safety, regulation and supply is an urgent negotiating priority."