There are no unemployed people, Philip Hammond says 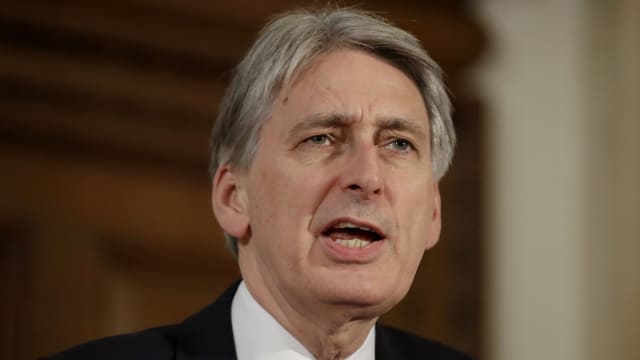 Chancellor Philip Hammond has declared "there are no unemployed people" while discussing how Britain can deal with the threat to jobs from technological change.

Mr Hammond was asked how Britain can deal with the increasing automation of jobs, ahead of a Budget in which he will pledge hundreds of millions in high-tech investment.

The Chancellor stressed the UK must "embrace change" and suggested that worries about shorthand typists losing their jobs with the advent of the personal computer were ill-founded.

Last week official figures showed the number of people in work fell by 14,000, to just over 32 million in the quarter to September.

But asked about the potential threat to jobs from automation, Mr Hammond told BBC One's The Andrew Marr Show: "There's a simple choice here, either we embrace change, and we put ourselves at the forefront of it, or we try to hide from change and we allow ourselves to slip behind.

"We have to embrace change in this country and we have to ensure that our people have the skills and the capability and the tools they need to be able to evolve, to learn new skills, to take up new careers.

"I remember 20 years ago we were worrying about what was going to happen to the million shorthand typists in Britain as the personal computer took over.

"Well nobody has a shorthand typist these days, but where are all these unemployed people?

"There are no unemployed people."

He added: "We have created 3.5 million new jobs since 2010, this economy has become a jobs factory, constantly reinventing itself, constantly creating new jobs and careers."

In the Budget, Mr Hammond will announce a national retraining scheme in collaboration with the CBI and Trade Union Congress.

A first step will include £36 million for digital skills courses which use artificial intelligence.

As part of the Government's drive to build more homes, £40 million will also be invested in construction training programmes for groundworkers, bricklayers, roofers and plasterers.