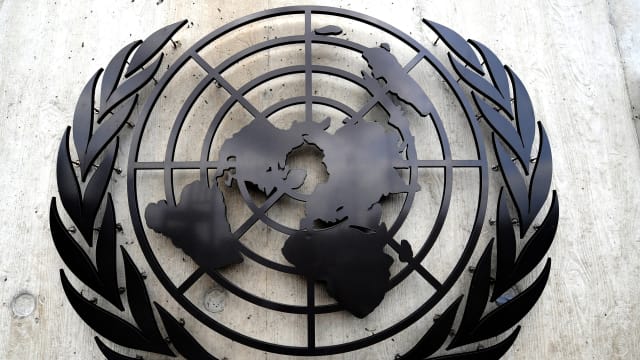 The UK ambassador to the UN has said he is "astounded" that Russia has again vetoed a resolution to renew the mandate for experts investigating the use of chemical weapons in Syria.

It is the second no vote from the country in 24 hours to extend the Joint Investigative Mechanism (JIM) - and the 11th Russian veto on Syria resolutions at the United Nations Security Council.

The latest veto came on Friday, after Japan proposed a 30-day extension for the JIM, with Russia again blocking the renewal of the international inquiry into the attacks.

He said: "Yesterday I was deeply disappointed that, even after extensive efforts to reach an agreement, a further reasonable attempt to renew the mandate was again vetoed by Russia. That veto seriously damaged my hope that those using chemical weapons in Syria would be identified and held to account.

"But now I am frankly astounded that Russia has rebuffed Japan's perfectly sensible proposal to ask the secretary general and the director general of the OPCW (Organisation for the Prohibition of Chemical Weapons) to consider the structure and methodology of the JIM.

"This third veto in a month clearly exposes, if it wasn't already obvious, Russia's determination to protect their Syrian ally, whatever the harm that causes to the ban on the use of chemical weapons, to the wider international system of rules, to Russia's own reputation."

The JIM was set up in 2015 to investigate allegations of chemical weapons use in Syria.

In October, a report by the UN and the chemical weapons body said they were "confident" that the Syrian government was behind a sarin gas attack in April that claimed more than 90 lives.

The attack on Khan Sheikhoun drew widespread international condemnation of the Syrian government, although Damascus and Moscow denied the atrocity.

Speaking after the release of the report last month, Foreign Secretary Boris Johnson accused Russia of "covering up" for the Syrian government, saying: "This behaviour can only undermine the global consensus against the use of chemical weapons.

"I call on Russia to stop covering up for its abhorrent ally and keep its own commitment to ensure that chemical weapons are never used again."

On Friday, Mr Rycroft added: "The failure to renew the JIM is a failure to uncover the truth behind the conduct of all actors who use chemical weapons in Syria.

"As I said yesterday, those of us who are committed to upholding the international system will not cease in our efforts to stop the use of chemical weapons, and to identify and hold to account those who use these vile weapons.

"We will keep going. Not only to bring justice to those who have suffered from the use of these despicable weapons but also to deter those who might think of doing so in future."