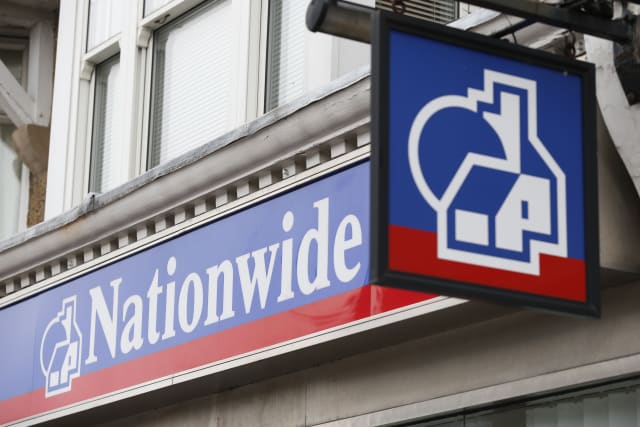 Nationwide said it was "alert" to the squeeze on household spending power and was bracing for tougher trading despite rolling out a record number of mortgages to first-time buyers.

The building society said conditions could become more challenging in the second half of the year and it expected Brexit uncertainty to apply the brakes to UK economic growth.

It came as the firm said the number of mortgages it approved to first-time buyers hit an all-time high of 39,000 in the six months ending in September, up from 38,600 for the period last year.

Prime mortgage gross lending picked up 2% to £15 billion despite a continued slowdown in buy-to-let lending - down 39% to £1.7 billion for the half year - after the Government stiffened the rules.

Half-year pre-tax profit reached £628 million, boosted by the £26 million sale of the company's stake in Vocalink.

However, it came in shy of the £696 million recorded for the six-month period last year when the firm benefited from the £100 million sale of a stake in Visa.

Chief executive Joe Garner said: "We've demonstrated the value of mutuality in the period by returning £245 million to members in the form of better-than-average interest rates, lower fees and higher incentives.

"Looking ahead, the UK economy should continue to grow, albeit at a slower rate due to the uncertainties around Brexit.

"However, we know that low wage growth and inflation are putting pressure on household budgets and we remain alert to signs of financial strains on consumers.

"Nationwide is in very good shape after another strong set of results. The second half may bring tougher trading conditions, but we remain well placed to stand by our members in these uncertain times."