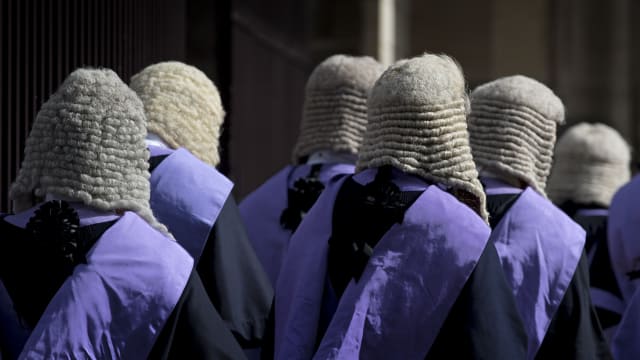 A European Union mission that monitors Kosovo's justice says a British judge who served with the initiative is under investigation for unspecified "serious allegations against him".

The European Union Rule of Law Mission in Kosovo, or EULEX, said a team overseen by the EU's highest court is investigating Malcolm Simmons.

The nature of the probe was not included in the statement, which said: "The EU and EULEX operate a zero-tolerance policy toward inappropriate behaviour and wrongdoing."

He told France's Le Monde newspaper that he has resigned because neither Britain nor the EU supported calls to investigate corruption in the Kosovo programme.

He told Le Monde he had complained about the "piracy of my private email by another EULEX judge" and a romantic relationship between that judge and a Kosovo jurist who allegedly received favouritism in a trial assignment.

"All of this goes against normal procedure," Mr Simmons said in the Le Monde interview. "I asked the UK Foreign Office and the EU to refer it to the police. They both refused to support me."

The EU mission in Kosovo responded by saying: "Simmons was requested to furnish all evidence in his possession to support his allegations, but - regrettably- has not done so yet."

Mr Simmons also attacked EULEX itself, saying it was "not a mission to promote the rule of law. It is a political mission. Anyone who thinks otherwise is either naive or stupid."

"EULEX wanted to bring down part of the Kosovar political class," he said.

Apparently responding to the claim, EULEX underlined in its statement "that it is a Rule of Law Mission with the mandate to assist Kosovo authorities".

The EULEX mission has supported Kosovo on its path to European integration in the areas of rule of law and fighting corruption since 2008, when Pristina declared independence from Serbia.