What the papers say - November 15 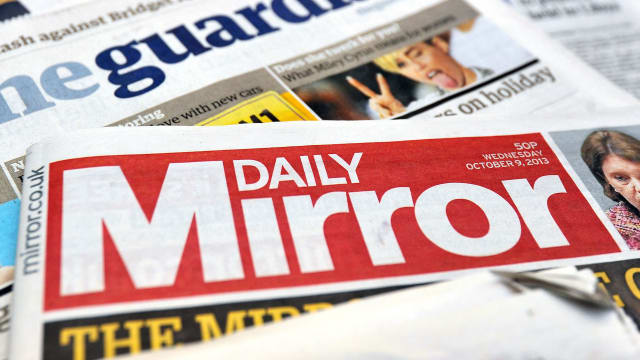 It's nearly a Brexit full house among Wednesday's papers with many covering the latest twists and turns as the bill is put through the Westminster wringer.

The first day of Commons scrutiny of the European Union (Withdrawal) Bill suggested unrest from certain quarters of the Conservative party about the Prime Minister's approach to leaving the bloc.

The Telegraph's front page features the portraits of 15 Conservative MPs headlined with "The Brexit mutineers", saying the group has "rebelled" against Theresa May's desire to enshrine the Brexit date into law.

The Express also leads on Brexit, saying that Labour is "secretly plotting" to stop the country leaving the union after an MEP said the country should remain a full member during a transition period.

The Brexit vote also features on the front of the Guardian - which reports that more than 400 fake Twitter accounts were run from Russia during last year's vote.

The Times also carries an investigation into Russian tweets which it says were aimed to "disrupt" the referendum vote.

And rounding off the Brexit fronts, the Financial Times reports that Brexit Secretary David Davis has "soothed" City fears by offering a bespoke travel deal after Britain leaves.

The i leads on a story about development on green belt land - saying that there has been an 82% rise in approved house building on areas of outstanding national beauty in the past five years.

The Daily Mail carries a story about what it calls the "medicalisation of the elderly" - saying that half of over-65s take at least five drugs a day.

The front page of the Daily Mirror has the court case of Gary Goldsmith, the Duchess of Cambridge's uncle, who admitted hitting his wife in the face and knocking her to the ground.

The story of missing teenager Gaia Pope features on the front of the Sun, which reports the 19-year-old stripped off and was "in a distressed state" before disappearing.

Operational testing of Crossrail to begin at ‘earliest opportunity in 2021’

Ocado sued by rival over claims of robot patent breach