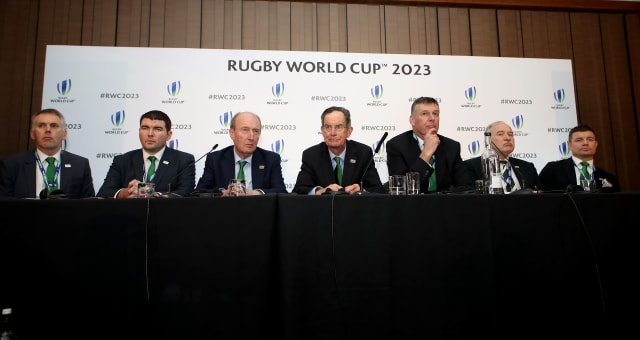 Ireland's Sports Minister has claimed the country's failed bid for the Rugby World Cup did everything possible to win.

The Irish entry for the 2023 tournament only secured eight votes from a total of 39 rugby associations and one of the concerns raised during evaluation had been the standard of broadband.

Shane Ross said he was disappointed, but added it was important that the assessors regarded Ireland's bid as world class and that the country would be excellent hosts.

"I know we can take consolation in the fact that we did everything possible... to make sure that our bid was more than capable of succeeding," the minister said.

"Sadly, the day is not ours, however I predict that there will be a lot of Irish people taking holidays in France in 2023."

Business chiefs had estimated that if Ireland had secured the 2023 tournament it would have been worth about 2 billion euro to the economy.