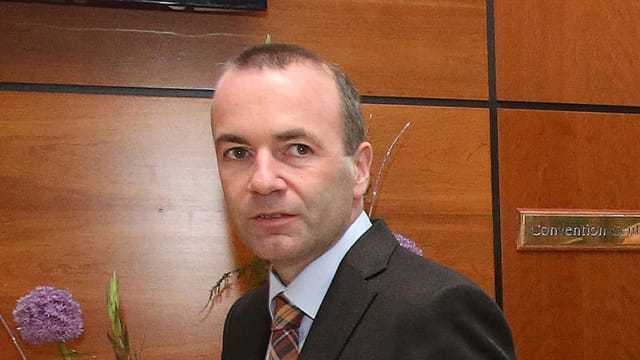 Theresa May will be warned that talks on a Brexit trade deal may not be given the green light next month as she meets a key ally of German chancellor Angela Merkel.

The Prime Minister will host senior German MEP Manfred Weber for talks in Downing Street while the parliamentary battle over Brexit continues in the House of Commons.

Mrs May hopes that December's summit of European Union leaders will agree that sufficient progress has been made on issues including the Brexit divorce bill to move on to talks about trade and a transitional deal covering the period after the UK leaves the bloc in March 2019.

But Mr Weber has said the UK needs to put forward further proposals on the divorce issues - adding that "the clock is ticking".

The Prime Minister has invited the influential leader of the European Parliament's centre-right EPP group to Downing Street as she attempts to secure backing for her approach.

But ahead of the meeting, he said: "In the coming weeks we will see whether a constructive outcome is possible or whether the uncertainties continue to grow.

"In December it doesn't look like as if we are going to be entering into the second phase."

Meanwhile, the Commons will continue its line-by-line scrutiny of the European Union (Withdrawal) Bill after a first day which saw mounting evidence of Tory unrest about Mrs May's approach to Brexit.

The Prime Minister was put on notice that she will face a revolt over moves to enshrine the date of Brexit in law, with former Cabinet minister Ken Clarke calling the proposal "ridiculous and unnecessary", adding: "It could be positively harmful to the national interest."

Tory former attorney general Dominic Grieve told MPs that no amount of "arm twisting" would make him vote for the amendment, which sets the UK's departure from the EU at 11pm March 29, 2019.

Tempers frayed after Bernard Jenkin said any MPs who did not want to fix the Brexit date are "open to the charge that they don't want us to leave the European Union", prompting fellow senior Tory Anna Soubry to label him a "disgrace".

Ms Soubry also hit out at a Daily Telegraph front page labelling her, Mr Clarke, Mr Grieve and 12 other prominent Tory critics of the legislation "the Brexit mutineers".

It was a "blatant piece of bullying that goes to the very heart of democracy", although she said she viewed it as a "badge of honour".

Brexit Minister Steve Baker said: "I regret any media attempts to divide our party. My Parliamentary colleagues have sincere suggestions to improve the Bill which we are working through and I respect them for that."

The amendment fixing the date of Brexit will not be voted on until next month at the earliest, and the Government survived the early skirmishes in the battle to get the so-called repeal bill through the Commons.

A series of attempts to rewrite the legislation were seen off with Government majorities ranging from 20 to 266.