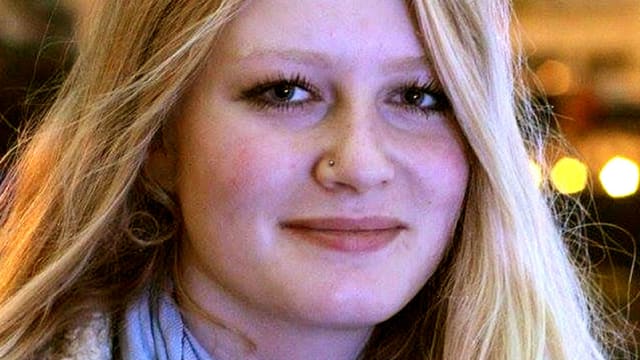 Detectives have arrested a man and woman on suspicion of murdering a teenager who has not been seen for nearly a week.

Dorset Police said a 19-year-old man and a 71-year-old woman were arrested in connection with the disappearance of Gaia Pope.

The teenager, from Langton Matravers, was staying at an address in Swanage when she disappeared on the afternoon of November 7.

Searches took place at two addresses in Swanage and the man and woman were arrested. Police said they were both known to Gaia.

The last reported sighting of the teenager was at an address in Manor Gardens on Morrison Road at around 4pm on November 7. She was said to be wearing a red checked shirt with white buttons, grey and white woven leggings and white trainers.

Detective Chief Inspector Neil Devoto, who is leading the investigation, said: "It has been almost a week since Gaia's last confirmed sighting and she has not been seen or heard from since.

"We have looked through CCTV that covers the Swanage area, including transport hubs, and there is nothing to suggest she has left the area.

"Her disappearance is completely out of character and, following our extensive inquiries, we sadly now believe that she may have come to harm. We have not yet found Gaia and our searches will continue.

"I would appeal to anyone who has information about her disappearance to please contact Dorset Police. Our specially-trained officers have updated Gaia's family and are supporting them at this very difficult time."

Search efforts will continue and have been ongoing since Tuesday in the Swanage area.