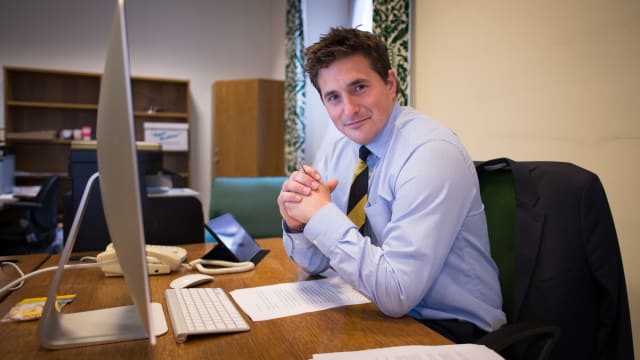 The Conservative Party "still seems punch-drunk" after the snap general election which saw the Tories lose their majority in Westminster, one of the party's MPs has said.

Former Army captain Johnny Mercer told the Telegraph the Government was "in danger of losing credibility" - and said the party should remain "credible" when faced with a country led by Labour leader Jeremy Corbyn and John McDonnell.

The June poll saw the Conservatives make a net loss of 13 seats, leaving them with 317 and short of a majority.

Two cabinet members have also left their posts in the space of a week, leading to renewed pressure on Prime Minister Theresa May.

Mr Mercer said: "It smells of decline, and the people won't have it.

"A Corbyn/McDonnell Government would fundamentally change Britain and what it means to be British. We would not be forgiven as a party for 20 years. We must remain, if nothing else at the moment, credible."

The 36-year-old, who represents Plymouth Moor View, added he would like to see fresh blood introduced into the cabinet - suggesting Mrs May had made a mistake in selecting people to fill senior posts on the basis of appeasing the party.

He told the paper: "Theresa May had to make a decision where she formed her cabinet: whether to select members to manage the fall-out from Brexit or select the best modernisers to bring about social change. She chose the former - I understand that, but now is the time for bold, outward facing leadership in my view.

"We are in critical times. Brexit is a huge challenge, but can be a great success if we get it right. But the Conservative Party still seems punch-drunk after the election, bemused by ongoing sagas in the Cabinet."

He added that he supports Theresa May "to the hilt" and urged the party to seize the middle ground in politics, adding: "We have to give people something to vote for."