Theresa May will stay as PM throughout Brexit, forecasts David Davis 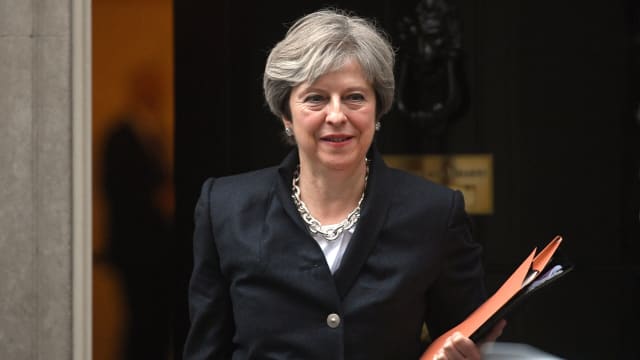 David Davis said he is "quite certain" Theresa May will remain Prime Minister throughout Brexit, comparing the "flurries" the Government is experiencing to Winston Churchill.

The Brexit Secretary also said he would be "very surprised" if EU leaders are preparing for the fall of Mrs May's Government, a suggestion which has emerged following two Cabinet ministers resigning in recent days.

He added all governments have "issues that come up and go", with Mrs May's minority administration no different to those which have come before.

On reports of EU leaders actively planning for a situation where Mrs May is not PM, Mr Davis told Sunday With Niall Paterson on Sky News: "I know it was in the papers, I would be very surprised if they really are planning that.

"The Prime Minister will be here right through Brexit, to my retirement as it were until the end of Brexit and she'll my boss for that - I'm quite certain of it."

After being told there is a "chaotic quality" to government at the moment, Mr Davis said there is a "flurry" of things happening which is something that affects all governments.

He said: "I suggest you have a look at Churchill's government in the early 1940s before he went on to great success and won the war, or other ones.

"The trick in it all is to keep your eye on what you're supposed to achieve. My task, my job is, I'm immodest enough to think it's important and I'm very focused on that and not on anything else."