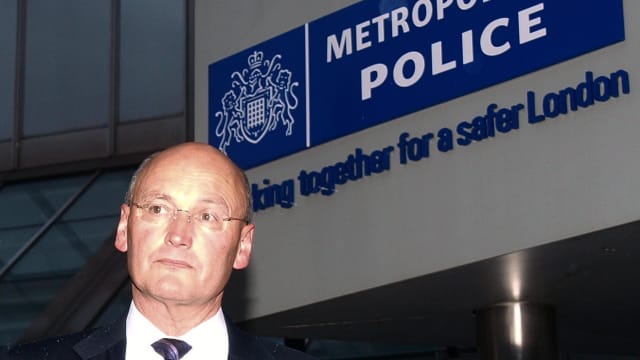 A former head of Scotland Yard knew of allegations that pornography had been found on one of Damian Green's parliamentary computers during a 2008 police investigation into leaks, it has been reported.

Sir Paul Stephenson, who was Metropolitan Police Commissioner between 2009 and 2011, told the BBC that the alleged discovery "wasn't relevant" to the criminal probe that involved a search of Mr Green's Commons office when he was a shadow minister.

A Whitehall inquiry into the First Secretary of State, effectively the Prime Minister's deputy, was widened last week after the Sunday Times reported that a statement prepared by ex-Met assistant commissioner Bob Quick for a separate review had discussed the alleged discovery.

He added: "More importantly, the police have never suggested to me that improper material was found on my parliamentary computer, nor did I have a 'private' computer, as has been claimed."

Sir Paul said he had viewed the allegations as a "side issue" and it was not Scotland Yard's role to police the workplace.

"I regret it's in the public domain," he said.

"There was no criminality involved, there were no victims, there was no vulnerability and it was not a matter of extraordinary public interest."

Then an opposition MP, officers searched Mr Green's office following a spate of leaks of Home Office information in 2008.

Mr Green's office and home were searched and he was arrested in connection with the probe in November that year, but he faced no further action.

A review of the inquiry found "less intrusive methods" could have been used.

A Cabinet Office inquiry into Mr Green's conduct began earlier this month after Kate Maltby, who is three decades younger than the minister, told The Times that he "fleetingly" touched her knee during a meeting in a Waterloo pub in 2015, and a year later sent her a "suggestive" text message after she was pictured wearing a corset in the newspaper.

Mr Green said any allegation that he made sexual advances to Ms Maltby was "untrue (and) deeply hurtful".

The First Secretary of State, Mr Quick and Sir Paul gave evidence to the latest inquiry, led by Sue Gray, on Monday, according to the BBC.

Mr Quick resigned his post with the Metropolitan Police in 2009 after he was photographed entering Downing Street carrying a secret briefing note on which details of the undercover operation could be seen.

He has denied disclosing the allegations regarding Mr Green's computers to the Sunday Times.