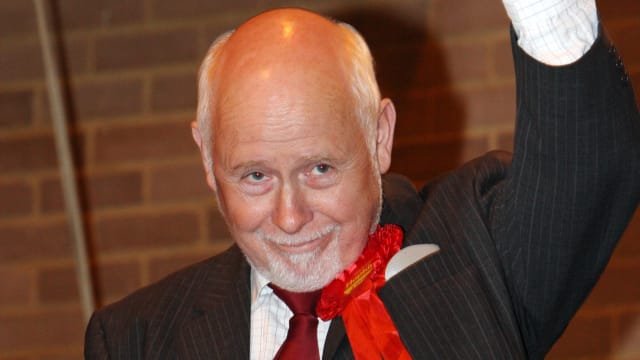 Women MPs hailed Kerry McCarthy for her "bravery" after she told of her upset at suffering unwanted attention from MP Kelvin Hopkins spanning 20 years.

The Labour former frontbencher said the Luton North MP sent her a series of letters and cards making comments about her appearance, including one in which he described having a dream about her.

Ms McCarthy told the Press Association she believed Mr Hopkins, who urged her in two of the notes to "dispose" of them, knew his actions were wrong.

But in a statement, Mr Hopkins said the complaint from someone he counted as a friend had caused him "immense personal hurt and utter dismay".

He added: "I cannot understand why a Parliamentarian of such experience and standing, who is also such a long term friend, would not have told me that she was unhappy with any aspect of our friendship rather than going straight to the national press."

Ms McCarthy said she was upset by the unwanted attention and it had made her feel uncomfortable.

"I never responded in any way, I never gave him any encouragement in any way, I tried to keep my distance as much as possible," she said. "I absolutely believe he knew this behaviour was unacceptable. It made me feel uncomfortable in his presence and was quite upsetting."

Labour women MPs rallied round to support Ms McCarthy after she spoke out.

Jess Phillips said: "Just finished final meeting of the day and want to say how brave I think @KerryMP is. If you think this stuff is easy you are kidding yourself."

Former shadow education secretary Lucy Powell said: "@KerryMP has done a brave thing and deserves support. It's not for social media to judge how this behaviour made Kerry feel over the years."

Labour whip Thangam Debbonaire, MP for Bristol West, said it was "not easy taking the decision to go public" and told how she was "proud of her bravery and proud to be her friend".

Former frontbencher Angela Smith said: "@KerryMP is a thoroughly decent human being as well as being a brave woman. All credit to her for coming out with her story tonight."

Ms McCarthy said she decided to speak out after young activist Ava Etemadzadeh complained last week about the behaviour of Mr Hopkins.

He was suspended by Labour after Ms Etemadzadeh contacted the party again with fresh information following an initial complaint over dealings with the MP in 2014 and 2015.

Mr Hopkins was reprimanded at the time by then chief whip Dame Rosie Winterton but was appointed shadow culture secretary in 2016.

He "categorically denies" any inappropriate conduct in relation to Ms Etemadzadeh.

Ms Etemadzadeh said: "Proud of @KerryMP for coming forward and I am heartwarmed to read that she did so to support me."

Ms McCarthy, 52, first met Mr Hopkins, 76, when she was in her late 20s and they were both involved in Labour politics in her home town of Luton.

In the years that followed he sent several notes, which included references to her "pretty, petite" appearance, with two messages requesting that she dispose of them.

She received another note on parliamentary writing paper on her 50th birthday, when by which time Ms McCarthy was an MP.

A final letter describing a dream about Ms McCarthy was sent some time in 2015/16 but it is not clear if it was written after he was reprimanded for the incident involving Ms Etemadzadeh.

"I was upset by the unwanted attention. When it returned, I felt very angry," she told the Press Association.

Ms McCarthy said she told chief whip Nick Brown last Friday and informed Jeremy Corbyn's office on Monday but insisted they could not have known about it until she told them.

Mr Hopkins said he would "fully cooperate with any investigation" but called for the matter to be "dealt with by proper due process and not by unfair, humiliating one-sided trial by media".

"I am a 76-year old man and the stress this has caused me and my family is unbearable," his statement said.