Unusual ways to invest when you don't have much money 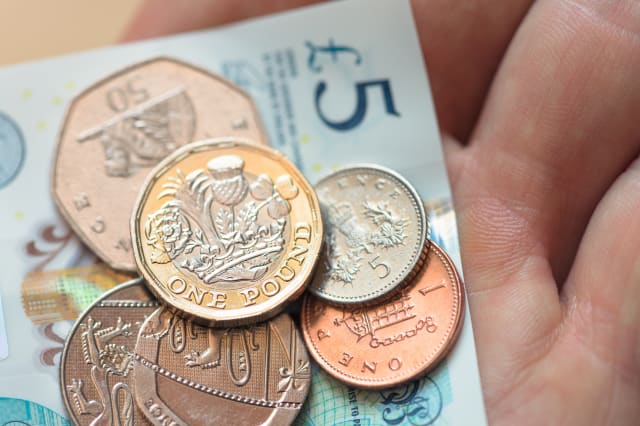 You might think that you need to be wealthy already before you can consider investing in the stock market.

You might also think that you need to be an expert - or, at the very least, pay a broker or wealth manager who is.

SEE ALSO: Seven ways to trick yourself into saving

SEE ALSO: What's the best way to save for Christmas?

However, in recent years a number of new ways to invest have started to appear that are targeted at people with little money to spare and are generally easy to use and low-risk.

Before you start, you should make sure you've paid off any debts or overdrafts - the chances are that you'll be paying more in charges and interest than you'll make back from investing elsewhere.

But if you've got a few hundred quid - or even just a few pounds - to spare, you too may be able to put your money to work.

Microinvesting
The Money Box mobile app launched this time last year, allowing savers to invest in stocks including Netflix, Unilever and Disney with as little as £1 to spend.

The app links to an online bank account, and rounds card payments up to the nearest pound. The small change that's left is then moved into one of three funds, aimed at cautious, balanced or high-risk investors.

Each option contains a different variation of the same three tracker funds - a Henderson cash fund, a Vanguard global equities fund and a Blackrock property equities fund. They invest in over 6,000 global companies within a Stocks & Shares ISA.

There are, though, fees to pay: after three months, users must pay £1 a month to subscribe to the service, plus 0.45% a year on the value of their investments. This means that it may not be worthwhile for people who stick to the 'rounding-up' investments, but don't put any more in.

Other services for investing small amounts are available from Nutmeg, which has a minimum of just £500, while Hargreaves Lansdown has a minimum ISA investment of £25 a month.

Organisations such as Zopa, Funding Circle, Wellesley & Co and Ratesetter match savers with individual borrowers or companies. Borrowers are checked out and rated according to risk, and the platform itself handles the collection of repayments. Some allow loans of as little as £10.

There are certain risks: although most sites have a compensation fund if the borrower defaults, they aren't covered by the Financial Services Compensation Scheme (FSCS).

Property funds
It's hard not to envy property investors, who have made a fortune over the last few decades. However, you don't need to be able to afford a few houses to make some money from the property market.

Property Moose, for example, is a crowd-funding property investment firm that pools small funds from a number of investors. You can invest as little as £10, using a debit or credit card or an online bank transfer. Returns are paid monthly, quarterly, annually or at the end of the specified investment term, depending on the particular investment.

Other similar schemes, such as The House Crowd and Crowdlords, have a bigger minimum investment of £1,000.

Crowdfunding
Many crowd-funding projects simply offer investors a free prototype product in return for helping a company get off the ground. Some, though, give you a financial return, with your cash either buying a share in the company or operating as a loan which is repaid with interest.

Two of the bigger equity crowdfunding operators are Seedrs and Crowdcube, both of which allow a minimum investment of just £10. However, it's worth remembering that most startups fail, so you may never get your money back. Even if you do, it won't be until the business floats on the stock market or you manage to sell your shares - which can often be impossible.

Meanwhile, debt crowdfunding offers investors a regular cash return. Through Abundance Generation, for example, you can lend money to a 'green' project and receive an income payment as well as a return of your capital across the life of a project.

Fine wine is one of the best-performing asset classes of the last 20 years, and prices are still going up as demand from China hits new highs - particularly at the top end of the red wine market.

However, there are no guarantees that this trend will continue, and the experts recommend that nobody goes anywhere near wine as an investment unless they can afford to lose a substantial proportion of their money - or if they would be happy drinking their losses.

We’re used to the idea of the value of cars falling over time, but desirable classic cars can actually gain in value. The most desirable handful of cars have seen their value double in the past four years, while even the kinds of classics that most people can afford are increasing in value by anything up to 20% a year.

However, as with all of these alternative investments, this isn’t guaranteed to continue in the future, so you should never invest what you cannot afford to lose.

Buyers also need to bear in mind that unless they are keeping the car in mint condition in a garage, they need to pay to keep it on the road - which can easily cost £1,000 a year - more if something big goes wrong.

Some owners think of this as the price they pay for the hobby of owning the car - quite aside from the investment - but if you consider the two together, it’s easy to see how even if the car itself increases in value, you’ll end up paying out more than you gain.

According to Knight Frank, antique furniture has had the worst run of all of the luxury investments. Prices fell 8% last year, and are down 22% in five years and 24% in ten.

This is partly because older antique furniture is falling out of fashion. As a result, more fashionable early and mid 20th century pieces have done better, and are up 29% in ten years.

Passing fashions make this a particularly volatile investment, so in this case more than any other, investors should buy things because they want to see them in their home - with the handy side-effect of a potential increase in value if they buy something iconic and unusual.

And while they should buy the best they can afford, they need to ensure they do not spend more than they can lose - or choose to keep in the lounge if the bottom falls out of the market.

Investing in rare coins is one of the most buoyant parts of the alternative market at the moment - with values up 10% in a year, 90% over five years, and 221% over ten years. However, this is definitely an area for experts, because unless you know what you are doing it’s easy to be taken in by counterfeits, doctored coins, and dealers who encourage you to spend more than the coin is worth.

Most people tend to start collecting coins as a hobby, investing to own something they love, hoping they will see some gains, but willing to take a loss on their collection if they ever had to sell. With this sort of approach, the big gains are likely to be well beyond your reach, as they are focused on the top end of the market. However, it should protect you from unaffordable losses if the value of your collection drops.