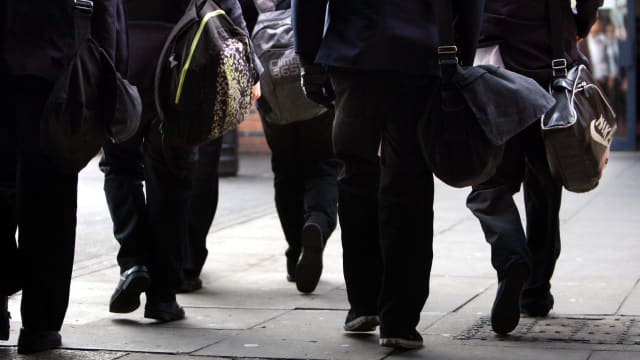 Thousands of children and teenagers have been flagged up to the Government's anti-terror programme, official figures show.

The first detailed Home Office analysis of Prevent reveals that 2,127 of those referred to the scheme in 2015/16 were under 15, including more than 500 girls.

In one case a nine-year-old boy from west London was helped by the programme after standing up in class at school and declaring that he supported Islamic State. He had found and watched IS execution videos online.

Another 2,147 individuals reported for potential intervention over extremism concerns were aged between 15 and 20, meaning more than half of the 7,631 people referred in the 12 months to March 2016 were aged 20 or under.

Prevent aims to reduce the threat to the UK by stopping people being drawn into terrorism.

It has an annual budget of around £40 million and forms part of the Government's overarching counter-terror strategy known as Contest, which was drawn up in 2003.

Anyone who is concerned about a person they think may be at risk of radicalisation can refer them to Prevent, but only a very small percentage of referrals are ultimately deemed to require intervention in the anti-extremism sphere.

When authorities conclude there is a risk the person could be drawn into terrorism, they can be supported through a scheme known as Channel. Engagement with Channel is voluntary and it is not a criminal sanction.

Of the cases examined by Channel, 381 subsequently received support through the programme, including 108 who were under 15.

The Home Office said that of those who have left the Channel process, more than four in five were judged to have had their vulnerability to being drawn into terrorism reduced.

However, 63, or one in six, withdrew from the process - although officials stressed that any ongoing terrorism risk is managed by police.

Security minister Ben Wallace said Channel "has seen real results in helping divert people away from terrorism and violence", adding: "The programme is helping to save lives and keep us safe."

Prevent is aimed at all forms of extremism.

The largest proportion referred in relation to Islamist concerns were from London, at 28%, while the highest percentage for right-wing extremism was the North East, at 21%.

Prevent has repeatedly come under fire, with critics labelling it heavy-handed and "toxic" amid claims it unfairly focuses on the Muslim community, but police and ministers say it is a crucial plank of wider counter-extremism efforts.

In July 2015, authorities including councils and schools were placed under a statutory requirement to stop people being drawn into terrorism.

A sharp jump was recorded in referrals to Prevent following the introduction of the duty, while it is thought the Paris attacks in November 2015 may also have helped fuel the increase.

The education sector made the most referrals to Prevent in 2015/16, with 2,539 - a third of the total - followed by police with 2,377. There were 812 referrals from local authorities while 267 came from friends and family. It is the first time the Government has released detailed figures on the initiative.

More up to date statistics published by the police earlier this year suggested the number of tip-offs jumped as Britain was hit by a flurry of attacks.