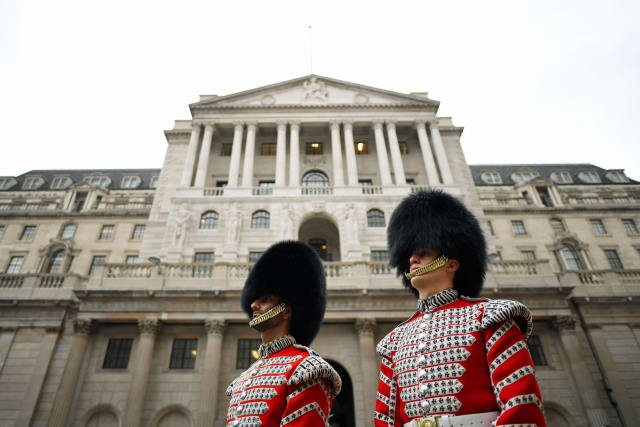 One of the Bank of England's most hawkish interest rate setters has said the most recent hike was inevitable and assured that further rate rises were on the horizon, but cautioned political uncertainty could weigh on the UK economy.

Ian McCafferty, an external member of the Bank's Monetary Policy Committee (MPC), said he did not necessarily feel "vindicated" after his colleagues finally agreed to raise rates from record lows of 0.25% to 0.5% on November 2, saying there was always an expectation that they were set to increase rather than take a further cut.

"I don't think it's a matter of vindication. I don't think there have been huge differences in terms of the trajectory for rates on the committee - it's purely a question of how much evidence does one need before one changes one's mind," Mr McCafferty told LBC Radio.

"We finally had enough proof to satisfy seven of the nine members."

That evidence resulted in the first hike in a decade, having been cut to record lows in the wake of the Brexit vote.

Mr McCafferty had been among the minority of MPC members pushing for an increase in recent months.

While some experts have suggested the Bank will usher in another interest rate increase by spring 2018, Mr McCafferty stuck to the MPC's more ambiguous view, saying he expects two more rate rises over the Bank's current forecast period, "which is two to three years".

"I'm not sure anybody can say exactly when they're going to be at this stage.

"The economy remains quite uncertain in terms of when we will get resolution to some of the uncertainties around the Brexit negotiations, as well as many other factors that may affect the economy on a two-year horizon."

He reiterated that as long as the economy performs as the Bank expects, those rate rises will help bring inflation - which currently sits at 3% - to its 2% target.

However, when asked about recent turmoil in Theresa May's Cabinet - including the resignation of International Development Secretary Priti Patel - Mr McCafferty warned that political instability could weigh on the economy.

"What we do know is that in addition to the volatility in financial markets, it causes businessmen to pause for thought in terms of their investment and hiring plans, and that has a knock-on impact on the economy."

"I do think there's a point at which - even before it becomes clear what the final deal might be ... that banks will have to act, because they can't wait until the last minute.

"So I suspect that we will start to see some things starting to happen if we don't get any news, certainly, by next spring."

In the meantime, he said Britain's banks should start passing on interest rate increases to benefit savers, encouraging consumers to shop around.

"If their bank is not offering them the increase, then look for another bank that is. And that will then allow - or force - the banks to push through the bank rate rise in terms of savers as well as borrowers."

Parliament’s bars exempt from 10pm curfew for pubs and restaurants

Grady: Students are having their civil liberties restricted

Whately: No one is saying students can’t go home for Xmas