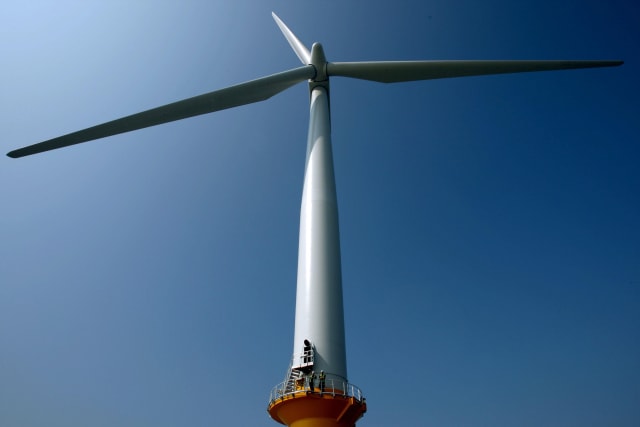 A £2 billion wind farm project is to go ahead after a long-running legal battle with wildlife campaigners drew to a close.

The Neart na Gaoithe wind farm, off the coast of Fife, was one of four projects given planning approval by Scottish ministers in 2014, but challenged in the courts by RSPB Scotland.

The charity won its initial legal bid after arguing the offshore developments - also including the Inch Cape and Seagreen Alpha and Bravo projects - threatened thousands of seabirds.

However, the ruling was overturned after ministers appealed.

The charity then took its fight to the Supreme Court, but its application for leave to appeal was refused on Tuesday.

RSPB Scotland said it was "extremely disappointed" by the decision, but renewable energy industry bodies hailed it as a "significant step forward" for offshore wind.

Mainstream Renewable Power, the firm behind the Neart na Gaoithe development off the coast of Fife, said work on the project is expected to start in 2018.

Chief executive Andy Kinsella said: "After more than two and a half years, two court hearings and two rejected applications for leave to appeal by RSPB Scotland, we can finally focus on delivering the very significant benefits this project brings to the Scottish economy and its environment."

Anne McCall, director of RSPB Scotland, said: "In light of this refusal for permission to appeal, we will be taking some time to consider all other options remaining to us.

"However, we are extremely disappointed with this decision, following nearly a decade's worth of effort from RSPB Scotland to help deliver offshore wind in Scotland in a manner that respects one of the country's most impressive and internationally-renowned natural assets - its fantastic seabird colonies."

"When building work starts next year, Mainstream Renewable Power will be creating thousands of new jobs, and investing hundreds of millions in the UK's economy as our supply chain extends to every corner of the country."

Stephanie Conesa, policy manager at Scottish Renewables, said: "News that the Neart na Gaoithe project can now go ahead is good for Scotland, good for the UK and good for our environment."