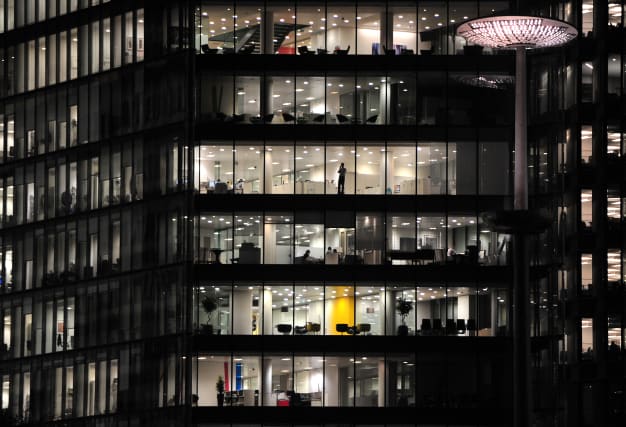 Nearly two-thirds of UK business managers would avoid whistleblowing at work for fear of damaging their career prospects, a new report has found.

Law firm Freshfields Bruckhaus Deringer has released research showing that 58% of UK managers believe they and their co-workers would stop short of calling out misconduct amid worries that their reputation and job outlook might take a hit - a figure which jumps to 62% in Hong Kong, and compares with 55% in the US, Asia and Europe together.

The survey by Censuswide - which polled 2,500 business managers across those three regions - also found that, while 55% would be deterred by fears that their reports would not remain anonymous, around 59% said it was important for the organisation to know the identity of a whistleblower.

It raises concerns that misconduct may go unreported due to worries about job repercussions.

In the UK, Barclays chief executive Jes Staley is currently being investigated by the Financial Conduct Authority and the Prudential Regulation Authority after he attempted to identify a whistleblower who sent anonymous letters to the board and an executive, raising concerns over a newly-recruited senior employee and Mr Staley's role in the recruitment.

Following its own independent investigation, Barclays issued Mr Staley with a formal written reprimand and said there would be a "very significant compensation adjustment" made to Mr Staley's bonus.

The research also comes as the entertainment sector grapples with claims of alleged sexual harassment and assault by industry heavyweights including film producer Harvey Weinstein and actor Kevin Spacey, while Westminster gets to grips with fresh attention on the conduct of a number of MPs.

Freshfields' research found that managers in the UK and those involved in the arts and culture sector were the least likely to be involved in whistleblowing, at 35% and 19% respectively.

Adam Siegel, a Freshfields partner and co-head of its global investigations practice, said effective whistleblowing processes should be seen as a "valuable asset" for businesses.

"It can make the difference between learning about a problem when you still have the opportunity to address and remediate the situation, and not discovering it until the regulator comes knocking on your door."

He added: "Most importantly, employees need to believe that senior management actually wants them to avail themselves of the process and that raising good-faith concerns will be welcomed and rewarded."

But in a promising trend, the report also found that around 47% of business managers surveyed are either witnessing or engaging in whistleblowing, up from 34% in 2014, and only 13% say their employers discourage the practice of calling out misconduct, compared with 40% three years earlier.