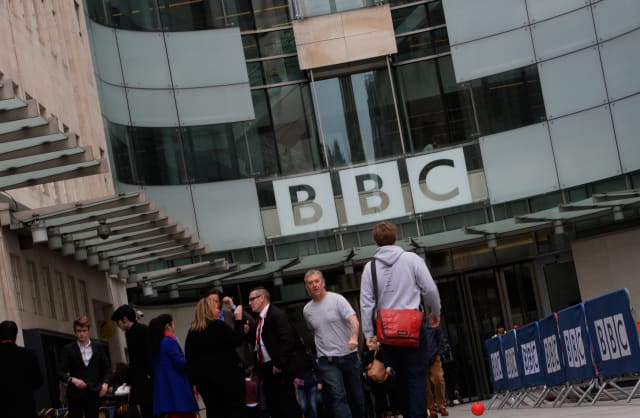 Giving evidence to the Commons Digital, Culture, Media and Sport Committee, Lord Hall said he was determined to move towards a more equal pay structure at the BBC.

However he resisted calls from MPs to disclose what top stars who are paid through independent production companies receive.

The BBC faced an outcry earlier this year when it disclosed that women account for just a third of its top earners, with only one in the top nine.

Lord Hall told the committee he was committed to tacking the issue.

Asked by the chairman Damian Collins whether that meant "deflationary pressure" on the salaries of the top earning men, he replied "That is exactly right".

"We are having to look very hard and say 'What can programmes afford? What can we afford?'" Lord Hall said.

"Where we think someone is underpaid we will correct that.

"But also, if we think somebody is overpaid, then we need to correct that too."

Pressed on how that could affect high-earning, stars like Radio 2's Chris Evans and Jeremy Vine, Lord Hall suggested the BBC needed to do more to explain why individuals were paid in a particular way when it published the next set of figures in 2018.

"What you see in a disclosure table, and we need to work this through, is the total remuneration for someone as opposed to an explanation as to why they are paid in that sort of way," he said.

"In Jeremy's case it is for an awful lot of programmes that he does, not just Radio 2.

"In Chris Evans' case it is for another programme he does as well as Radio 2."

However Mr Collins warned the BBC's efforts to become more transparent would be undermined if it did not disclose how much stars received through independent production companies as well as their salaries.

"If you announce that Chris Evans is going to get less money for his radio programme but you don't have to say what he is being paid through his production company to do his chat show, what we don't know is whether you are taking with one hand and giving with another because that information is not disclosed," he said.

Lord Hall said: "If you want to have the same level of disclosure for every independent company in the UK of what they are paying top talent, a Chris Evans figure or whoever it happens to be, that's one thing.

"But I don't think that's right.