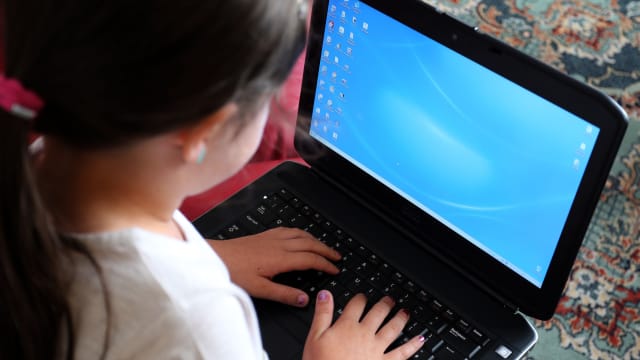 Being on a computer, tablet, games console or mobile phone is now a child's favourite way to play, according to a survey.

This type of screen time was the first pick of 84% of children aged between six and 12, while 73% of youngsters chose watching TV as their top way to play.

Drawing, colouring or making things came third in the poll, selected by 60% of children, while playing with toys was named as the favourite activity for 59% of children.

The survey of 724 six to 12-year-olds and 986 parents with children of that age found 55% of children preferred playing outside rather than indoors but the weather made a real difference.

The poll was commissioned by BBC Children in Need and Asda to launch the Power of Play campaign which aims to highlight the importance of play and give more children the chance to enjoy physical activity, improve their confidence, well-being and friendships while having fun.

Singer and presenter Peter Andre, who is backing the campaign, said: "Some of my happiest memories of being a child, and in bringing up my own children, are of playing and it's such a shame that not all young people get those opportunities."

Asda customers can pick up free play cards to get ideas about easy and cheap ways to play with their children using items such as toilet rolls, plastic bottles, coasters and old cereal boxes.

A BBC Children in Need storybook, Playtime with Pudsey, will also be on sale at £2.50.

The research included questions, some of which could have multiple answers and other which involved a single choice response, a BBC Children in Need spokesman said.

The figures were weighted and are representative of all UK children aged six to 12 years old and also of all UK adults aged over 18.

The children were asked about playtime and the activities they took part in for fun both indoors or outside. The children were given a list of multiple possible answers - such as watching TV and playing on a computer, tablet, games console or mobile phone which came out on top - and asked to choose as many as they liked.

When asked to pick whether their favourite place to play was indoors or outdoors when they were not at school, 55% opted for playing outside in an area like a garden or a park while 45% said they like to play inside.