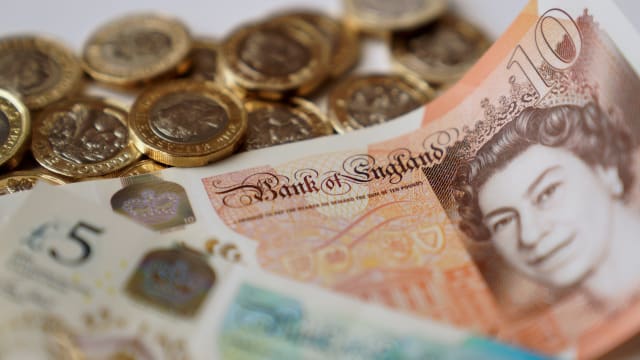 Around 150,000 workers are set to receive a pay rise of between 30p and 45p an hour because of new rates for the voluntary living wage announced on Monday.

Heathrow became the first UK airport to accredit with the Living Wage Foundation, which sets the voluntary rates.

The foundation said the increases of 4.6% in London and 3.6% elsewhere have been largely driven by higher inflation, rising housing rents and transport costs.

The announcement follows new research by KPMG showing that 5.5 million people across the UK, or 21% of the workforce, are still paid less than the voluntary rates.

Heathrow, which is among over 150 employers to agree recently to pay the higher rate, said 3,200 airport workers will be paid the voluntary living wage by 2020.

"It's thanks to the leadership of over 3,600 employers across the UK who are committed to paying all their staff, including cleaners and security staff, a real living wage.

"Great businesses know that, even during these tough times, not only is fair pay the right thing to do but paying the real living wage brings big benefits.

Heathrow chief executive John Holland-Kaye said: "Heathrow's status as a world-class airport is down to the quality and expertise of our colleagues. We firmly believe that paying the living wage is the right thing to do as a responsible employer.

"It will help us to attract and retain the best people, supporting them in building a rewarding career at Heathrow."

TUC general secretary Frances O'Grady said: "Extending the living wage is vital. Millions of people are living in poverty despite being part of working households. These new rates would make a big difference to Britain's lowest-paid, and they would help families keep their heads above water.

"But more companies need to sign up. Profits in the UK are at record levels, yet many bosses are still refusing to invest in their staff. Smart employers know the value of paying the real living wage. It reduces staff turnover and boosts productivity levels."

Mayor of London Sadiq Khan said: "I pledged to ensure the London Living Wage rises to beyond £10 and I am delighted that has been achieved. I am determined to make London a fairer and more equal city, and the news that more than 1,500 businesses are paying the wage is a good step towards achieving that.

"But we need to go further - and for many more businesses and organisations to sign up. London is one of the most dynamic and prosperous economies in the world, but unfortunately this prosperity isn't shared by all Londoners. In the capital today, more than two million people are struggling to make ends meet and the ethnic pay gap is shockingly and unacceptably large."