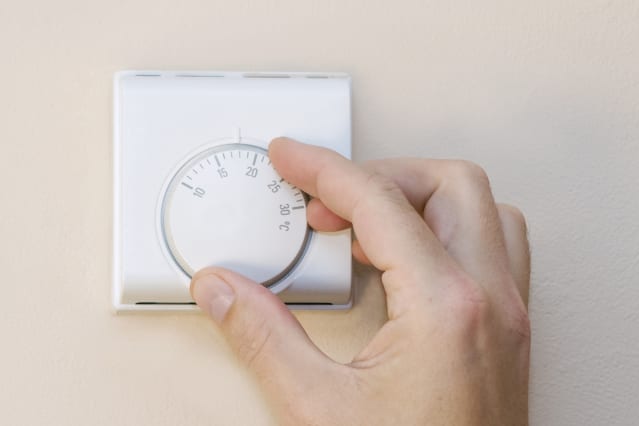 Its research shows that families up and down the country regularly have their heating on for six and a half hours more than they really need to, with one fifth of households cranking up the heating unnecessarily for at least 10 hours a week.

This means that an average family paying £747 a year for heating could slash their annual bill by £82.52 a year - simply by only turning the heating on when it's really needed.

Overheating our homes is just one of the ways we waste money on energy, though.

Here are five top tips to help you keep your bills down - and do your bit for the environment at the same time.

Draught proofing the doors and windows in your home can save you around £25 per year.

You can pay someone to do it, generally between £100 and £200. Or keep costs down by doing it yourself.

If your home is not already insulated, installing loft and wall insulation can also provide big savings longer term.

Installing green energy solutions such as solar panels can make a huge difference to the amount you pay for gas and electricity.

The problem is that they are not cheap, and in England the government is now only offering energy efficiency grants to households deemed to be in "fuel poverty".

Green energy solutions at the cheaper end of the scale include solar water heating systems, which can be used in conjunction with a conventional boiler.

Talking of boilers, hanging on to an old, inefficient one can be a false economy when it comes to your energy bills.

The Energy Saving Trust estimates that someone living in a detached house could save a massive £320 a year by replacing a G-rated boiler with an A-rated condensing one.

You don't always have to spend money to save money on your electricity bills. Simply remembering to turn your appliances off standby mode can cut your costs by £30 a year.

A standby saver device, which costs about £7, will make it easier by allowing you to turn everything off in one go.

Another low-cost way to cut the amount you spend on lighting your home is to invest in Light Emitting Diode (LED) energy efficient light bulbs.

Energy Saving Trust figures indicate that the average household would spend about £100 replacing all of their bulbs with LEDs, and would save around £35 a year.