Police probe as taxi collides with pedestrians in central London

Police are on the scene of a "serious injury accident" involving a taxi and pedestrians in central London.

Scotland Yard said the incident on Southampton Street, Covent Garden, is not thought to be terrorist related.

Officers were called at just after 5pm to reports of a taxi in collision with pedestrians. 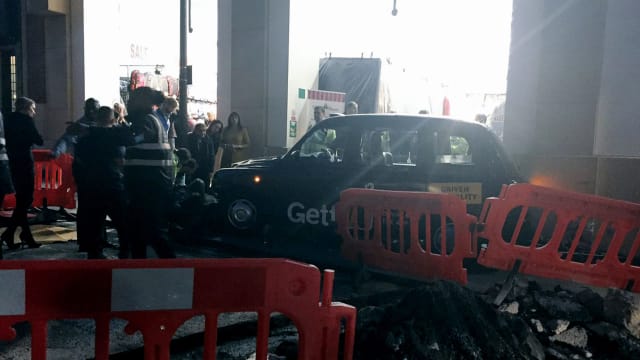 London Ambulance Service said it had crews at the scene.

The driver stopped at the scene and had been detained, police said.

"We are aware of injuries but await further confirmation," a Scotland Yard spokesman added.

"This is being treated as a serious road traffic collision, and not thought to be terrorist related."

Photographs on social media showed a black taxi on the pavement behind orange roadworks barriers outside the Jubilee Market Hall.

A number of bystanders appeared to be helping injured people on the ground beside the vehicle.

Witness Ed Hoppitt? posted: "Just came within meters of being hit by a vehicle that mounted the pavement and ploughed into people. #CoventGarden people down under taxi."