Bank of England official warns 10,000 jobs could be lost on day one of Brexit 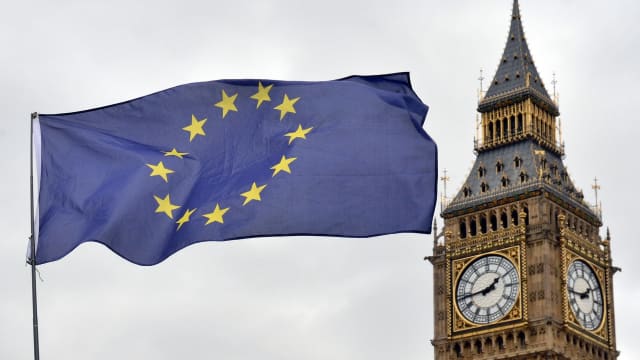 A Bank of England official has said Britain's powerhouse financial services sector could shed 10,000 jobs on day one of Brexit and it was "plausible" the losses may reach 75,000.

Sam Woods, head of the Bank's Prudential Regulation Authority (PRA), said the 10,000 figure was based on Brexit contingency plans submitted to the Bank by financial firms, which are assuming no replacement of passporting rights and no transition period beyond the end of March 2019.

While he made clear the 75,000 jobs number did not come from the Bank but consultants Oliver Wyman, he said it was a credible prediction of how Britain's EU divorce may impact the finance sector.

The comments came as he urged the Government and the EU to have a transition agreement in place as soon as possible, saying the Bank would have to start work in the new year on authorising European financial firms so they can operate in the UK after Brexit.

Speaking to the House of Lords EU financial affairs sub-committee, Mr Woods said he would be "surprised" if more than 10,000 jobs left the finance sector, but admitted the number was a "moving feast".

He said: "The short-term effect, what we are learning from the contingency plans which have just come in from firms, ... you could reasonably think of the day one movement of perhaps around 10,000.

"I would be surprised if it ends up being more than that for banks and insurance companies.

"To put that in context, that is less than 1% of financial services jobs.

"It is around 2% of UK bank and insurance jobs, or 2% to 3% of the City if you choose a different denominator.

"It is clearly a much lower number, it is not an insignificant number, but it is much lower."

Focusing on the Brexit transition period, Mr Woods said the sooner it was agreed the better.

He also backed Chancellor Philip Hammond's view that a transition period was a "wasting asset" that loses its worth as time passes.

However, he said it did not mean its value "would suddenly plummet to zero at one particular point in the calendar".

In a wide-ranging hearing, the committee also honed in on the passporting rights financial companies need to trade smoothly within the EU.

He said: "There are some areas in the EU legislation which provide for third countries to be equivalent and treated in a certain way, and I think the governor said quite early on that probably wouldn't work for a relationship (that is) as deep and complex.

"But for the main banking services there is no equivalence, there is only the passport and our assumption was, once we left, a whole range of possibilities - from nothing to everything - was possible.

"As to where the City opinion is ... now on passporting, it is difficult for me to say really, but I don't hear much about it nowadays."

Mr Woods said when passporting rights fall away, the structures of wholesale businesses - such as banks and insurance companies - would become even more complex.

On the EU's demand for joint supervision of euro-clearing houses post-Brexit, Sir Jon said co-operation was needed, but warned against having "multiple hands on the steering wheel and multiple feet on the brake".