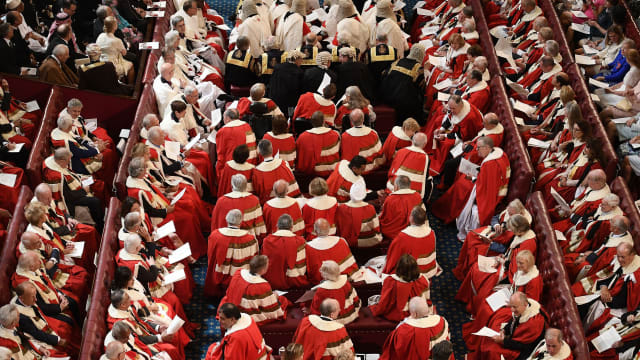 Reform plans for the House of Lords could see new peers limited to 15-year terms.

The move is believed to be one of several aimed at reducing numbers in the upper chamber considered by the Burns committee, which delivers its findings on Tuesday.

Lord Speaker Lord Fowler set up the inquiry in December to look at ways of reducing the size of the Upper House, which has almost 800 members.

The committee's report may also call on the four biggest groupings in the Lords - Conservatives with 252 peers, Labour with 199, the 181 crossbenchers and 100 Liberal Democrats - to accept cuts in the size of their blocs.

The House of Lords is the second largest legislative body in the world, after the Chinese People's Congress.

Peers voted unanimously in December to reduce their own numbers.

Announcing the creation of the Burns committee, Lord Fowler said the reform would not be "an easy task", but added: "Hopefully if this issue can be settled, the public will be better able to recognise the true value of this House."