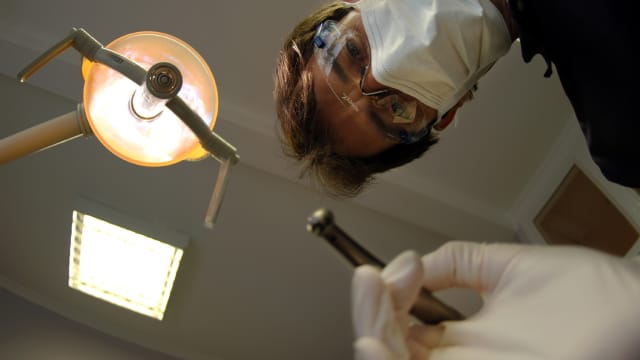 The number of children under the age of 10 needing hospital treatment because of tooth decay is twice as high as the number needing help for a broken arm, according to new analysis.

While arm fractures are one of the more common ailments for youngsters, hospital medics are treating twice as many children with rotten teeth, according to data shared with the Press Association.

Between April 2016 and March 2017, there were 34,205 cases of children under the age of 10 needing treatment in hospital in England as a result of tooth decay, the Faculty of Dental Surgery (FDS) at the Royal College of Surgeons found.

This compares to 17,043 cases for arm fractures, according to the analysis of NHS Digital data.

During this period, there were 19,584 cases of children under 10 needing hospital treatment for asthma, there were 10,397 spells of hospital care for epilepsy, and 3,805 for appendicitis.

Overall, there were 45,224 cases of children and teenagers aged from infancy up to 19 who needed hospital treatment because of tooth decay in 2016/17.

The youngest patient was less than a year old, the FDS said.

Despite the fact that tooth decay is preventable in 90% of cases, it is the most common reason that children aged between five and nine need treatment in hospital, the FDS added.

But the FDS said the data showed some progress among children aged one to four, with the number of children needing hospital treatment for tooth decay among this age group falling from 8,800 in 2015/16 to 8,281 in 2016/17.

It has backed a campaign from the British Society of Paediatric Dentistry calling for all children to receive a dental check by the age of one.

Analysis by the faculty earlier this year showed that nearly four in five children aged between one and two had not seen an NHS dentist in the previous 12 months.

This is despite the fact that NHS dental care for children is free.

Parents are advised to take their children to the dentist when their first milk teeth appear.

Professor Michael Escudier, dean of the Faculty of Dental Surgery at the Royal College of Surgeons, said: "No-one wants to see their child in hospital.

"Sometimes this can be unavoidable, but when it comes to admissions caused by tooth decay, most cases are a result of simple preventative steps not being taken.

"Tens of thousands of children every year are having to go through the distressing experience of having teeth removed under general anaesthetic. Reducing sugar consumption, regularly brushing teeth with fluoride toothpaste and routine dental visits will all help ensure this is avoided.

"The problem is compounded by the fact that many children are simply not going to the dentist, with parents often unaware that NHS dental treatment is free for all under-18s.

"Dental visits in the first years of life enable children, as well as their parents and carers, to learn about good oral health practice.

"These visits also familiarise children with the dental environment, getting them comfortable in a dentist's chair. This instils a first positive impression of dentistry, rather than a potentially scary and unpleasant one if their first visit is because there is a problem or, even worse, if they need to have teeth removed under general anaesthetic.

"It is encouraging that already there are several initiatives to help improve child oral health. However, there is still much to be done, particularly to ensure that we do not leave certain groups of patients behind."

A Department of Health spokeswoman said: "Improving oral health in children is a priority for this Government - latest figures show 6.8 million children were seen by a dentist in England over the past year.

"Further work is also under way to ensure dental services meet the needs of the local population."