House Of Cards to end amidst Spacey allegations

Hit Netflix show House Of Cards will end at the end of the sixth season.

A statement from Media Rights Capital and Netflix read: "In response to last night's revelations, executives from both of our companies arrived in Baltimore this afternoon to meet with our cast and crew to ensure that they continue to feel safe and supported. As previously scheduled, Kevin Spacey is not working on set at this time." 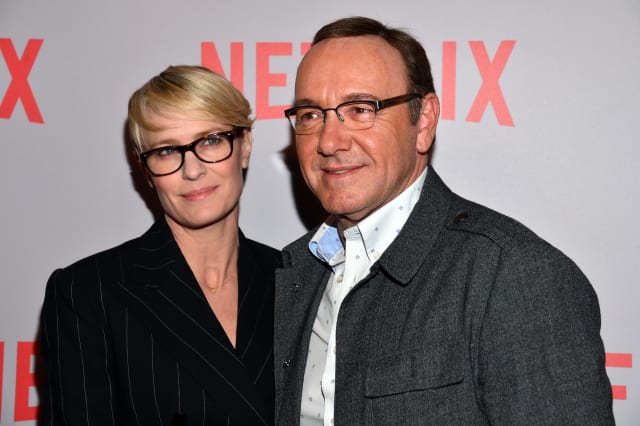 A Netflix spokesperson confirmed the decision to end the show was made months before the Spacey allegations surfaced on Sunday night.

The show stars Spacey and Robin Wright as a couple who manipulate their way into the White House.

Rapp told Buzzfeed that Spacey had tried it on with him following a party when he was a teenager.

Rapp said he was watching TV in a bedroom during a house party when Spacey approached him: "He came in the room was that he was drunk ... He picked me up like a groom picks up the bride over the threshold. But I don't, like, squirm away initially, because I'm like, 'What's going on?' And then he lays down on top of me."

Spacey, who was 26 at the time, said: "I honestly do not remember the encounter, it would have been over 30 years ago.

"But if I did behave then as he describes, I owe him the sincerest apology for what would have been deeply inappropriate drunken behaviour, and I am sorry for the feelings he describes having carried with him all these years."

Spacey went on to clarify his sexuality, admitting he was now living as a homosexual following years of rumours.

He continued: "As those closest to me know, in my life I have had relationships with both men and women. I have loved and had romantic encounters with men throughout my life, and I choose now to live as a gay man. I want to deal with this honestly and openly and that starts with examining my own behaviour."