House of Commons Speaker John Bercow has challenged political parties to "live up to their responsibilities" as he called for change at Westminster amid what he called "disturbing" allegations about a "culture of sexual harassment".

Mr Bercow said Theresa May's call for a Commons-wide mediation service and contractually-binding grievance procedure for MPs and staff should be considered. 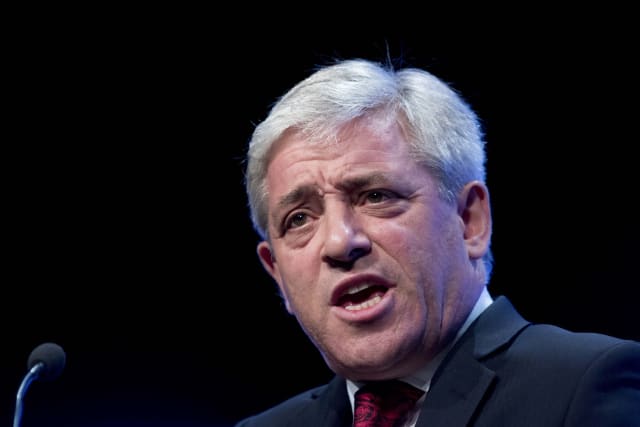 But in a statement to MPs, he stressed: "In the first instance I hope that parties will live up to their responsibilities, demonstrating both an appetite for change and a practical means of delivering that change without delay. Make no mistake, there is a need for change."

Mr Bercow called on the Commons Standards Committee to beef up the code of conduct for MPs to include a new rule that "a member must treat all those who work in Parliament with dignity, courtesy and respect", as recommended by the Parliamentary Commissioner for Standards.

Outlining steps he would take, the Speaker said he would invite the Commons Commission, which in 2014 provided a helpline for MPs' staff to raise concerns, to consider what further measures it could take to toughen up the complaints regime.

And he said he would refer "the whole issue of sexual harassment" to the Commons Reference Group on Representation and Inclusion, which he established last year.

But he stressed: "Members' staff are of course employed by individual Members. That means that they cannot simply be treated as if they were parliamentary employees. Nor of course can Members."

Mr Bercow said he was glad to see the Prime Minister, Jeremy Corbyn and other leaders acknowledge their responsibilities to deal with sexual misconduct within their parties.

He said the PM's Sunday letter had "very candidly" admitted "the difficulties the Conservative Party has had in introducing the sort of mandatory grievance scheme which some other parties have introduced in recent years".

The Speaker went on: "It does not require my intervention for the party to adopt an effective grievance scheme.

"I hope that all parties will rapidly and thoroughly review the arrangements they have in place to ensure that they are credible, enforceable, accessible, transparent and comprise an independent element.

"That latter notion that any complaint system and grievance procedure must satisfy constituents as well as colleagues strikes me as important."

Concluding, Mr Bercow added: "I hope I have the support of the House in calling for these issues to be resolved swiftly and decisively. It should not require endless debate and discussion. For my part as Speaker I am happy to do whatever I can. Others must do likewise."