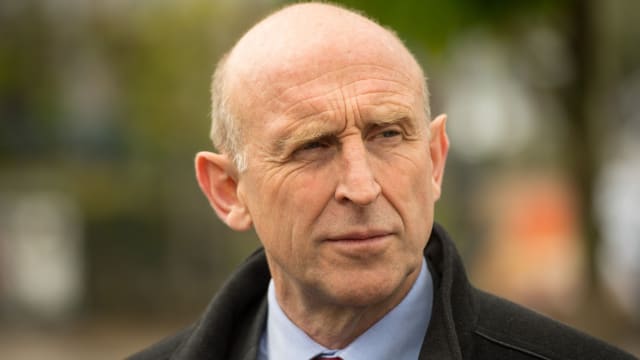 Theresa May has said the Government will drop plans to cap housing benefit for supported housing and the wider social rented sector.

Labour's shadow housing minister John Healey welcomed the policy change, but said damage was already being done to supported housing as he called on the Government to adopt a system which safeguards its long term future and funding.

From April 2019 the amount of housing benefit paid to tenants in social housing was due to be capped at the same levels as that paid to people renting in the private sector.

But supporting housing providers said this policy could make them unviable, putting thousands of elderly and vulnerable people living in such accommodation at risk.

Mrs May was accused of making a U-turn by Liberal Democrat MP Wera Hobhouse, who described the policy as "cruel and heartless".

She said: "This cap would have hit the most vulnerable in our society, including the homeless and victims of domestic violence living in shelters."

The Prime Minister told the Commons the Government would publish full details of its plans on Tuesday next week.

She added: "But I can also say today that as part of our response to the review, we will not apply the local housing allowance cap to supported housing.

"Indeed, we will not be implementing it in the wider social rented sector, and the full details will be made available when we publish our response to the consultation."

During an opposition day debate on supported housing, Mr Healey said it was "good to see Labour yet again winning the arguments and making the running in this way on Government policy".

Labour were due to call on the Government to rule out cuts to supported housing, but following the announcement he said they now needed to "adopt instead a system which safeguards the long term future and funding of supported housing, building on the recommendations of the joint select committee's report".

He also told MPs: "It's now nearly two years since the Chancellor revealed the plan for crude cuts to supported housing, via the local housing allowance.

"It's over a year since the second version of the same plan was announced and there's now less than 18 months until any changes are set to start.

"The fears of many of the most vulnerable people in our society are very real and the damage to vital specialist housing is already being done."

Responding, local government minister Marcus Jones said the Government had listened to the sector, those who needed the support and the joint select committee.

He went on: "We are currently in the process of putting our finishing touches to our new funding model for supported housing."

Mr Jones added: "We can all, I'm sure, recognise the invaluable role supported housing plays in our society - it helps some of our country's most vulnerable people to live independently and maintain their independence.

"Supported housing is a real vital lifeline for hundreds and thousands of people up and down the country."