People struggling with debt could be given 'breathing space' 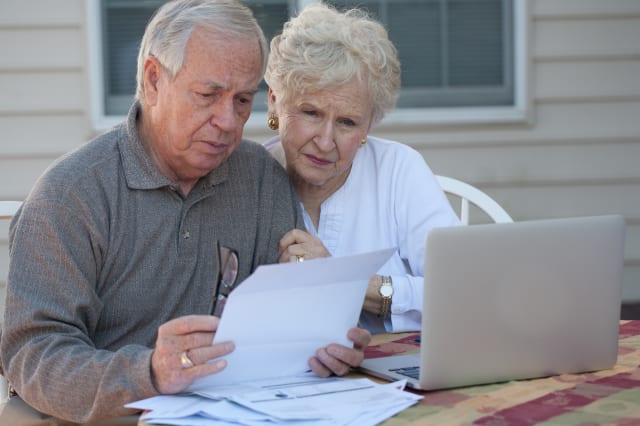 Lenders may be forced to give people struggling with debt a six-week 'breathing space' under plans being considered by the government.

The idea is that people struggling to keep up with repayments should be given a grace period where they don't have to pay extra interest or charges and are protected from enforcement action.

It would give people the chance to get advice and help, such as informal repayment plans and debt write-off options.

"For many people in the UK problem debt seems impossible to escape. Its effects can be far-reaching, impacting all aspects of a person's life and leaving them feeling helpless," says economic secretary to the Treasury Stephen Barclay.

"That is why we are working to give people who are overwhelmed by debt more time to seek advice, find a workable solution, and help get their lives back on track."

Many banks and credit card companies already freeze interest and charges for vulnerable customers, but the new plans would extend this significantly.

The government first promised the move in its election manifesto, but has now launched a consultation into the plans. It is looking for input from charities, debt advice organisations, lenders and creditors, as well as members of the public.

See also: Brits are badly in debt - and millions are panicking

See also: There are 8.3 million adults who have problems with debt

The amount of unsecured credit in the UK is growing steadily, with more and more people getting into financial difficulty.

Earlier this year, Bank of England figures revealed that the UK's total unsecured debt on credit cards, car loans and overdrafts had hit £198 billion – the highest level since the 2008 financial crisis.

Nearly one in six adults rely on credit cards to get through the month, it found, and one in ten are maxed out on at least one card.

The idea of a breathing space is something that charities have been calling for for some time.

"Scotland has shown the way with the development of the Debt Administration Scheme and that version of this scheme can and does work."