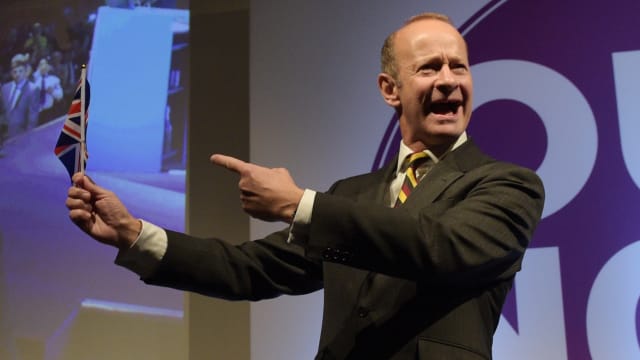 Ukip's strength is proven by its leader believing he could kill a badger with his bare hands, its general secretary has claimed.

The party's general secretary Paul Oakley hailed Henry Bolton for saying that breaking a badger's neck with one spare hand was probably the most suitable proposition put to him on a satirical show about Ukip leadership initiation ceremonies.

Mr Oakley wrote on Twitter: "Unlike the feeble old parties, only Ukip has a leader who is mighty enough to kill a badger with his bare hands."

Henry Bolton, appearing on Sam Delaney's News Thing on Russia Today, was asked if there was an initiation ceremony for those who become Ukip leader.

He was questioned if it included eating an entire English flag, arm-wrestling former England football captain Terry Butcher or hunting a badger with tuberculous across Dartmoor before killing it with your bare hands.

Mr Bolton, laughing, said of the badger suggestion: "I could probably do that. I reckon I could do that... but it's not part of the initiation into being a leader of Ukip."

The Ukip leader, questioned about it on Sky News' Sunday with Paterson, explained: "They gave me a few options as ideas for an initiation ceremony into the leadership of Ukip.

"The one that was probably the most suitable for me was chasing a badger across Dartmoor, capturing it and then breaking its neck with one spare hand, which was a slightly unusual thing."

Presenter Niall Paterson said it was "possibly the strangest question" he had asked.

Mr Bolton joked: "It was a little odd."