Poll: Was Britain right or wrong to vote for Brexit? 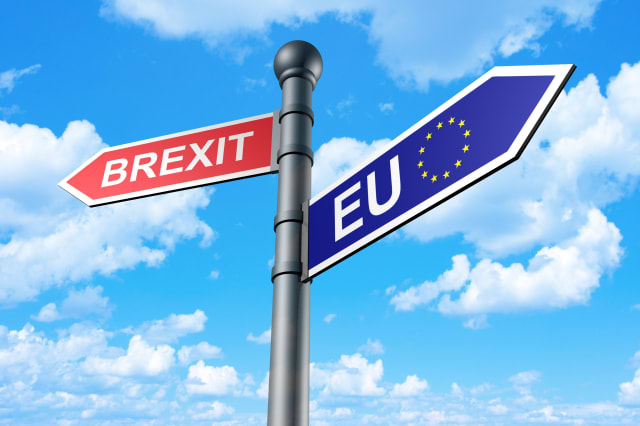 Hundreds of people gathered in Edinburgh on Saturday to protest against Brexit.

The rally was one of a number of events held in cities across the UK, aimed at urging the government to think again on leaving the European Union.

The crowd - many waving EU flags and holding 'Exit from Brexit' signs - also heard from migrants living in Scotland.

Addressing those gathered outside Edinburgh City Chambers, SNP MP Tommy Sheppard said Leave voters had been misled during the EU referendum by "the most deceitful and mendacious campaign in British political history".

He said many had now changed their minds, adding: "We are the voice, not just for the 48% of the UK (who voted against Brexit), we are probably now the voice for the majority that is saying think again, don't go over this particular cliff."

Labour MP Ian Murray said: "The economic consequences of what this government are about to embark on are disastrous for this country, and actually pretty disastrous for our European neighbours as well.

"The only way we can stop that from happening is to stay with the customs union and the single market."

They took place after EU figures reported little progress had been made at the end of the fifth round of Brexit talks in Brussels.

Vanessa Glynn, chair of the European Movement in Scotland, said: "More than fifteen months on from the Brexit vote, the current UK Government still has no clear idea of where it's going.

"The clock is ticking, with negotiations on Britain's future relationship with the EU still on the starting blocks, and yet we do not see any clarity about the relationship that will follow between the UK and the EU, nor between the constituent nations of the UK."