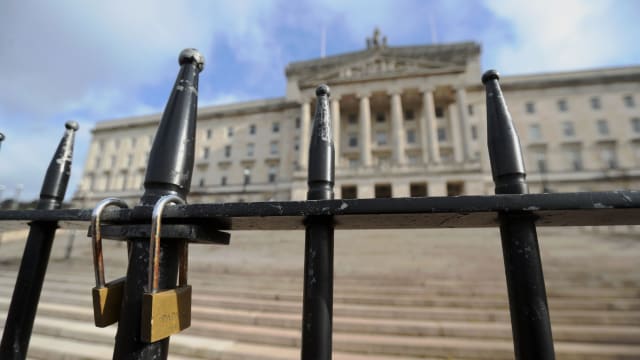 A Westminster debate on emergency Northern Ireland legislation could be held on Monday.

If a resolution is found over the weekend, lawmakers could provide for restored devolution at Stormont but Mr Brokenshire has said clear differences remain between the parties.

Sinn Fein and the DUP have been engaged in intensive discussions about the prospects of resurrecting devolved powersharing.

Mr Brokenshire said: "I want to be in a position to legislate to form an Executive as soon as possible but to do so I would need to be satisfied that there is agreement between the parties.

"Whilst this remains possible, and some progress has been made, clear differences still remain between the parties and agreement has yet to be found.

"If this cannot be resolved quickly, I will need to legislate for a budget for Northern Ireland by the end of this month and consider next steps."

The Secretary of State said he would be reluctant to see more political decisions made at Westminster rather than Belfast.

He added: "Now is the time for the parties to look beyond their differences, harness a spirit of compromise and reach agreement."

If a deal was not reached imminently, greater intervention from London risked becoming inevitable, he said.

"This would be a big step backwards, a step I do not want to have to take. But I will not shirk from my ultimate responsibility for good governance and political stability in Northern Ireland."

The Executive has been in cold storage for most of the year after a major fall out between the DUP and Sinn Fein over a botched green energy scheme.

It prompted the resignation of late deputy first minister Martin McGuinness and collapse of the institutions.

Disputes over the place of the Irish language and other identity issues have bedevilled efforts to rebuild a consensus.

The British Government has made parliamentary time available to reinstate Stormont powersharing next week should a deal be clinched, it emerged on Thursday.

The Leader of the House of Commons Andrea Leadsom said she was "hopeful" of good news.

Sinn Fein's northern leader Michelle O'Neill said: "We have been engaged over recent days in intensive talks to get the political institutions up and running with equality, respect and integrity at their core.

"A new Executive can only be sustainable if there is an end to the denial of rights which citizens enjoy everywhere else across these islands.

"There are still very real challenges to be addressed in the talks if we are to have political institutions which deliver for, and enjoy the confidence of all citizens.

"The two governments have a responsibility to ensure previous agreements and commitments are implemented."